No one would blame you if you spent some of the warmer days last year longing for the cooler temperatures from a decade ago. According to the European Union’s Copernicus Climate Change Service (C3S), the past seven years have been the warmest on record globally. If you spent portions of 2021 sweating, it was because last year was the fifth-hottest in the record books since 1850.

In the previous six years, only 2015 and 2018 were cooler on average than 2021. Extreme weather and heat waves covered Europe, the Mediterranean, and North America. Even in Asia, the coldest inhabited place on earth (Oymyakon, Russia) experienced record-setting temperatures above 31-degrees Celcius in June, compared to the average of 20-degrees Celcius that is considered normal for the region.

With rising temperatures comes more than heated rhetoric from the scientific community. The National Centers for Environmental Information (NCEI) released a statement in August, announcing that July was the month on record. Period.

Those living in the U.S. did not need a press release to know how hot things were getting. 2021 was the fourth hottest year in America since record-keeping started. Over 100 people lost their lives in the heat waves in the Pacific Northwest, with June becoming the hottest month of record for the United States.

Portland, Oregon, set dingle day records three days in a row (June 26-28) with temperatures of 108, 112, and 116-degrees Fahrenheit. The hottest months in the city are usually July and August, and then the average highs only reach the low 80s. Americans cooked in the hottest summer for the nation, followed by the third warmest fall season.

Even the end of the year brought no relief, as the hottest December recorded in the lower 48 states set another undesired record. Temperatures were nearly seven degrees warmer on average for the month, making a White Christmas the exception, not the rule. 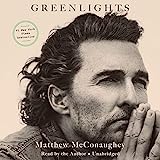 So, what gives? Why are things heating up with little sign of cooling off? According to the Climate Central report, increased levels of greenhouse gases are to blame. Greenhouse gases trap heat, so increased volumes in the atmosphere bring the warmer temperatures (and other weather impacts) we experienced in 2021.

Global emissions of CO2 (carbon dioxide) increased by five percent last year, returning levels to what they were pre-pandemic. That increase came from the increased use of fossil fuels. Carbon emissions from wildfires did not help, with hot spots across the globe adding 1,850 megatons to the mix.

Fortunately, wildfires appear to be on the decline worldwide since 2003 (the first year of keeping those records). In the U.S., though, 83 megatonnes of material were the highest recorded for the nation in any year. Dry conditions and severe winds produced the costliest fire in Colorado history at the end of December (just a fraction of the 7.1 million acres burned across the west in 2021).

2021 also represented the seventh year in a row that the United States witnessed more than ten climate and weather disasters that cost a billion dollars or more for each. While 2020 still holds the record at 22 billion in damages, 2021 was right behind it at 20 billion dollars. These events include deep freezes, fires, hurricanes, tornados, and storm damage.

The crazy part is, these events are occurring more frequently and with less time between them. In the 1980s, there was nearly a three-month gap between disasters (82 days). Between 2016-2020, the interval has dropped to just over two weeks (18 days), highlighting that it is more than just the temperature on the upswing.

So, is it all gloom and doom for our future? Not necessarily, say scientists. They reiterate an all too familiar message about climate change and what drives it. New observation services, like CAMS, helps monitor and verify the estimated levels of CO2 and CH4 in the atmosphere. These tools and the data they collect will help discover the effectiveness of measures put into place for greenhouse gas reduction.

Continuing to take the initiative, along with statistical data, is the world’s best chance for a brighter and cooler tomorrow.