The phrase “the dog days of summer” gets its origin from the heat that pervades much of the country during the end of July and the beginning of August. As such, the bright star Sirius is also known as the Dog Star because it shines brightly between July 3 and August 11.

Astronomers used to believe that the light that came from the bright Sirius star heated up the temperatures even further. While this theory no longer stands, people still use the “dog days of summer” to describe the hottest time of the year.

In addition to the ongoing appearance of the Sirius star, there are a variety of other fun astronomical events coming in the next few weeks. Here is what you should keep your eyes on in the night skies in August.

August 11 will be the last time of the year to catch a glimpse of a supermoon. The third and last supermoon of the year is set to rise on this date. Supermoons typically appear brighter and bigger than other types of full moons. This summer brought three straight months of supermoons, however, the next one will not appear until July 3, 2023. The August supermoon has a number of nicknames, including the Black Cherries Moon, the Sturgeon Moon, the Corn Moon, and the Mountain Shadows Moon.

August also brings the return of the annual Perseid meteor shower. While this popular stargazing event usually brings up to 100 meteors per hour, the timing of this year’s shower may disappoint some people expecting that amount of activity. Because the Perseids are set to peak on the same night of the supermoon, the brightness of the moon will obscure the viewing of these shooting stars.

As the shower peaks on the night of August 11 into the morning hours of August 12, the moon will also be shining largely and brightly. However, you may still be able to catch some of the brightest shooting stars. Experts recommend focusing your eyes on the darkest parts of the sky opposite of where the moon is located. While you may get lucky and spot a few meteors just after nightfall, your best odds for catching these wonders is around midnight local time.

So far in 2022, most planets that have been visible to the naked eye have come into focus during the early morning hours. This meant that you would need to set an alarm to see planets such as Mars, Venus, Mercury, Jupiter, and Saturn. However, Saturn is set to make an appearance in the night sky once more by the middle of August when it reaches opposition. 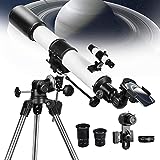 Opposition is defined as the state of a planet reaching the point in orbit when it is opposite of the sun when looking at it from the Earth. This is also when the planet is located the closest to the Earth in its orbital pattern. As a result, Saturn will shine brighter than at any other time of the year. This year’s Saturn opposition peak happens on August 14. However, you will be able to catch it any time of the month if you head out on a clear night.

Although you will not need a telescope to see this planet, a special tool such as this will help stargazers to see the rings that encircle it. You will find Saturn all throughout the night as it rises in the eastern skies after the sun sets and then sets in the western skies by daybreak.

Be sure to head outside right before daybreak on Friday, August 19. It is at this time that you will see the moon and Mars appearing close together in the eastern sky. You can find the duo converging just above the constellation Orion. If you look closely, you will also find Jupiter in the same part of the sky, directly above and to the right of the moon and Mars shining closely together.

If you miss the convergence on the 19th, you will have one more shot to view it during the early morning hours of Saturday, August 20. The only difference is that they will be slightly farther apart.

There is a lot to look forward to in the coming weeks for stargazers.