Just as the calendar flips to the official start of fall on Thursday, a surge of cooler air is pushing into the Northeast and signaling that change is on the way. Here is what you can expect in this corner of the country in the coming days.

Cooler Weather on the Way for the Northeast

You may need a jacket as you head out along the Interstate 95 corridor starting on Thursday and continuing through the weekend. The mercury is forecast to drop significantly with lows headed to the upper 30s for some parts of the interior Northeast.

The overnight lows will not be the only readings that are trending downward. While New York City is forecast to settle in the lower 80s on Wednesday, Thursday’s high will begin to move down into the 70s with even cooler readings on the horizon for Friday and Saturday. A stiff breeze will translate to real feel readings coming in at about 10 degrees cooler than the actual temperature, particularly if you are not out in the sunshine.

Snow in the Forecast?

Despite it being the beginning of fall, it may look more like winter in some parts of the country. Light snow may fall in the upper reaches of New England and in the northeastern corner of New York state. The most likely time frame to see some light accumulation will be late Thursday and into Friday across the highest terrains of this region.

The Northeast will not be the only area experiencing a burst of cooler air. The lower readings will expand into parts of the Southeast by the end of the week. Overnight lows in the 40s will be the norm across the southern Appalachians. Major cities such as Charlotte and Atlanta are forecast to see lows drop into the 50s. In addition, much lower humidity levels will bring the real feel down to more fall-like readings during the peak of the daytime heating hours.

Impacts of Hurricane Fiona on the Eastern Seaboard

The good news is that this cold front that is delivering the fall weather will also steer the intensifying Hurricane Fiona back out to sea. Earlier last week, forecasters had been worried that the first major hurricane of the 2022 Atlantic season might skirt too close to the East Coast of the U.S. However, the arrival of this front is predicted to keep the system well off the coast of the U.S., sparing the Eastern Seaboard from a direct impact. 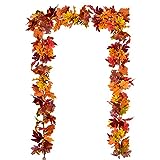 Even though Fiona is forecast to stay out to sea, the storm will still be capable of stirring up the Atlantic Ocean as it moves to the north. This storm is likely to create large swells and dangerous rip currents for the entirety of the Eastern Seaboard starting on Wednesday and continuing through the week. Beachgoers hoping for one last getaway will need to be cautious and take heed of any advisories before heading into the water.

Wet Day in Store for Northeast on Thursday

In addition to the cooler temperature readings, the cooler weather pattern will also usher in unsettled conditions for the Northeast and beyond. Showers and thunderstorms are forecast to pop up on Wednesday afternoon and through Thursday for much of the interior Northeast and stretching out to the coastline. For instance, scattered showers and thunderstorms in the morning hours will give way to a steady rain later in the day Thursday.

It will be a similar weather pattern in Boston, Philadelphia, and Washington, D.C. This chance of rain will stretch down through West Virginia and the southern tier of Virginia before the skies begin to clear on Friday.

As the skies clear on Friday, you can expect even chillier overnight lows on Friday and Saturday night. This means that some parts of New England and the northern parts of New York state and Pennsylvania may see their first frost of the season.

The yo-yo in temperatures are forecast to stick around through next week as alternating masses of cooler and warmer air move through the area. This is a typical weather pattern for the end of September as summer tries to hang on and fall wants to make its presence known.