On Sunday night, May 15, 2022, a super moon will pass through the Earth’s shadow. The aligning of the Earth and its satellite will create a total lunar eclipse and the highlight of a month of special celestial events, a Blood Flower Supermoon.

A supermoon appears brighter and more extensive than a typical full moon. Even though the lunar surface appears to have expanded during a supermoon, the diameter of our planet’s only natural satellite is still 2,158 miles around and 1,080 miles across. The supermoon illusion is the result of perigee. Perigee means our home planet and the moon are at the closest point in their orbit. On the night of May 15th into the morning of the 16th, the moon will be a mere 363,300 kilometers or 225,744.154 miles from the “big blue marble.”

Why The Moon Turns Red

Despite its sanguine name, a blood moon sometimes takes on a copper hue. Sunlight gives the lunar surface its customary yellowish-white tint. During a total lunar eclipse, the moon ends up between the tellurian and solar bodies, with all three spheres in perfect alignment. Once we are directly in front of the moon, the Earth’s shadow covers but does not entirely obscure the moon from view.

Meanwhile, the sun is still backlighting our lunar satellite. On its way to the moon, the solar light is redirected, filtered, and scattered by our atmosphere. The interference with the sunlight’s course of travel creates shorter wavelengths. The abbreviated wavelengths are in the orange to red spectrum giving the blood moon its name.

Where Does the “Flower” Part Come From?

America’s indigenous peoples dubbed any full moon happening in May a flower moon. According to The Old Farmer’s Almanac, colonists brought the same tradition from Europe to the New World. It is believed “flower” references the fifth month’s association with the blooming of plants.

If you wish to mark your calendars to view the Super Blood Moon event, here are the times you need to jot down to catch the show’s start in the U.S.

Totality, when the Earth and moon are perfectly aligned, will last for about 1 hour and 25 minutes. At 1:55 a.m. Eastern time, the lunar satellite will start to emerge from our shadow marking the end of totality, 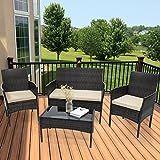 Unlike its solar counterpart, you can view a lunar eclipse without precautions like protective eyewear or special filters on telescopes. A rural field free of light pollution and trees is the optimum setting for viewing a lunar eclipse. City dwellers consider watching from a park or other open space where the view of the sky is unobstructed by highrise buildings.

Plan to watch the episode from start to finish. Depending on atmospheric conditions, the eclipse can be a better show than you might expect. If you stay for the duration, remember folding chairs, warm clothing, and blankets. Using binoculars to view a blood moon reveals subtle differences in the moon’s coloration that are not visible to the naked eye.

Fun Facts About The May Super Blood Moon

The May 15th super blood moon will have unusual characteristics among lunar eclipses. The term “prime time eclipse” will reference the event in the Mountain and Pacific Time Zones. The prime time moniker is because totality in those zones will last from 8:00-11:00 p.m. While it is not unusual for a lunar eclipse to continue through prime time, the May event will have the longest totality of any Twenty-first Century prime time lunar eclipse.

Some cultures believe that people can use a lunar eclipse to their advantage. According to Tibetan Buddhist traditions, kindnesses rendered during a lunar eclipse yield double the amount of good karma. Another notion is that picking flowers while the Earth, sun, and moon are aligned leads to abundance.

Some residents of Togo and Benin equate a lunar eclipse to a fight between the sun and moon. Based on that analogy, the Batammaliba people recommend resolving conflicts by the light of a lunar eclipse.

Other May 2022 Celestial Events

On May 7th, over one hundred nations will celebrate the inaugural International Astronomy Day. The American Meteor Society projects that the Eta Aquarid meteor showers will send 10-30 meteors an hour across the night sky from May 5th into the following morning. The night sky will feature a Super Flower Blood Moon on May 15th. During the last days of the month, the distance between Jupiter and Mars will become shorter.