Rain Would be Welcome in Some Parts of Florida

Although the official start of the 2022 Atlantic hurricane season on June 1 is still a few weeks away, tropical weather experts are predicting the potential of preseason development by the end of May.

Early Season Tropical Development May be in the Cards

According to forecasters, the greatest chance of early season tropical development will take place either in the southern portions of the Gulf of Mexico or over the northwest Caribbean Sea. Conditions will become more favorable to encourage this storm development starting on May 20 and continuing for the next several days. There is the potential for one or two disturbances to move through the Caribbean and potentially track into the southern Gulf of Mexico.

Raising the odds of early season tropical development is the presence of warmer than average waters in this zone stretching from the Caribbean into the southern Gulf of Mexico. These readings are hovering a few degrees above normal for the middle of May, registering as some of the warmest waters in the entire Atlantic basin.

These readings are currently in the low to mid-80s. The recognized minimum reading for tropical development is 77 degrees.

In addition to warm ocean water temperatures, an absence of meaningful wind shear will support the development of storms that could take on tropical characteristics. Low wind shear paired with warm waters give a weak low-pressure area a stronger chance to intensify. Conversely, if the wind shear is too high, any intensification is more likely to break up and fall apart.

Rain a Boon for Florida

While nobody welcomes the nuisance and damage of tropical weather, there is no doubt that parts of Florida could use the rain. Some parts of South Florida are under either a moderate or severe drought designation as defined by the U.S. Drought Monitor. A recent wildfire in the Everglades that tore through over 23,000 acres was exacerbated by the dry conditions.

However, there is also the chance of heavy rain triggering flooding in these vulnerable areas. Even a system that does not develop into a full-blown tropical event can lead to beach erosion or dangerous rip currents. This is being demonstrated this week on the southeastern coast of the U.S. as an area of low pressure is wreaking havoc on a large stretch of coastline.

Looking Ahead to the 2022 Atlantic Hurricane Season

Should a tropical storm develop out of this prediction, it will come with the name of Alex. The next name up on the official list is Bonnie, followed by Colin. There have been seven straight years of early season tropical development, prompting some officials to call on the National Hurricane Center (NHC) to move the official start date of the season from June 1 to the middle of May. 2021 saw the first named storm develop on May 22 when Ana took root east of Bermuda.

There have also been signals of potential tropical development in the Eastern Pacific. This season begins on May 15, making it more likely that a storm forms in this part of the world first. Hurricane watchers are keeping an eye on the waters off of the coast of Central America this weekend where development seems most likely. The first name on the list for the Eastern Pacific Hurricane season is Agatha.

Heading into the busy tropical storm season, it is a good idea to review the various designations. While these names are often erroneously used interchangeably, there are specific parameters that officially define each type of tropical event. 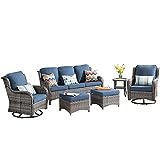 A hurricane is born once the maximum sustained winds reach 74 mph. Hurricanes that form in the western North Pacific are typically referred to as typhoons. Conversely, storms of this magnitude that originate in the Indian Ocean or the South Pacific Ocean are known as cyclones.

On the high end of the scale, a major hurricane is defined as a storm with maximum sustained winds of 111 mph or greater, translating to a Category 3, 4, or 5 hurricane as measured by the Saffir-Simpson Hurricane Wind Scale.

Sharing is caring! Did you find this content useful? Feel free to bookmark or to post to your timeline for reference later!