Arrival of Cyclone to Complicate the Fight Against COVID-19

India was dealt a crushing blow earlier this week when a Category 1 storm slammed into the northeastern corner of the country. Packing wind speeds of about 90 mph, Cyclone Yaas crashed into the coastline Wednesday morning, bringing a host of damages to a country already dealing with a surging COVID-19 crisis.

Yaas made landfall near Nidhipada, located in the Balasore district of Odisha. This landfall was about 150 miles southwest of Kolkata. The storm brought with it a deadly combination of high winds, heavy rainfall, and storm surge. At least two deaths are being blamed on Yaas. One of these fatalities has been attributed to a house collapse in Odisha.

Where Yaas is Now: By the end of the day Thursday, Yaas had weakened to the point that it was officially downgraded to a tropical depression. As with most storms of this nature, Yaas lost intensity quickly once it began its trek across the land. Yaas is forecast to weaken to a mere tropical rainstorm on Friday before the Himalayan Mountains in Nepal finish breaking it up.

Rescuers have been kept busy plucking stranded people from the floodwaters. According to local authorities, at least 46 villages along the coastline of the Balasore district have been flooded.

More than 500 people were rescued by the Indian Army from East Mednapore as the floodwaters continued their rapid rise. Even before the storm reached shore, high waves came crashing onto the shore in Digha, West Bengal on Tuesday night.

Also in West Bengal, the Indian Army was called in to rescue approximately 100 people in Nayachara after floodwaters made the roads unpassable. 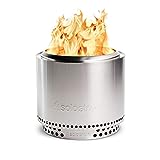 The biggest complication of Cyclone Yaas is the heavy rainfall that it has brought with it. Even though the wind was died down, the rain is continuing to hammer the region. Rainfall totals may reach as high as 18 inches in some areas of the country as the rain bands stick around for a few days.

The city of Chandbali reported 11.35 inches of rain in just a 24-hour period beginning when the storm’s outer bands began to move in on Tuesday. Over in Paradeep, over 14 inches of rain were reported since early Tuesday.

Effects of Storm on COVID-19

This cyclone could not have come at a worse time for India. The country is in the middle of a massive surge in COVID-19 infections, hospitalizations, and deaths. Vaccination deployment and other types of COVID-19 relief have already been severely impacted by the arrival of Yaas.

The problems with COVID-19 will likely grow worse as a result of Yaas. West Bengal currently is dealing with the country’s fourth-highest COVID-19 positivity rate at nearly 30%. While most of India saw a slight decline in positivity rates across the board last week, West Bengal was still suffering when the cyclone slammed onto its shores. Because the virus tends to spread faster in moist environments, all of the moisture in the air will likely keep rates high as the recovery from the storm begins.

Over one million residents were evacuated throughout Odisha and West Bengal in anticipation of the landfall of Cyclone Yaas. While authorities urged evacuees to wear facial masks and practice social distancing in all shelters, it is still a recipe for disaster for a region of India reeling from the spread of the virus.