Dip in Jet Steam Bringing Cooler Temperatures to the West

Pacific Northwest to Continue With Pattern of Unseasonably Cool Temperatures

A significant change to the weather pattern is going to bring relief from the heat to the Southwest with more springlike temperatures in store for the chilly Northwest. Here is what you can expect on the West Coast in the coming days.

Markedly Cooler Temperatures Continue on Saturday for the West

It has been a stretch of record warmth for the Southwest and California over the last week. However, these temperatures may finally be coming to an end. After seeing much cooler readings on Friday, the mercury will drop even more on Saturday in some areas.

Although temperatures had been hovering near the century mark over the last few days in the California state capital city, Sacramento will only hit 77 degrees for a high on Saturday. The plentiful sunshine will make it a great day to get outside and enjoy the mild temperatures. The mercury will barely break the 80-degree mark in Fresno, an anomaly for this time of the year in the Central Valley.

While nobody would define readings in the 90s as “cool,”, a high of 94 degrees in Palm Springs on Saturday will still feel more pleasant than what the resort town has seen over the last week. An overnight low of 65 degrees will feel even more refreshing.

A substantial dip in the jet stream will also usher in cooler readings to much of the Interior West. Boise, Idaho will top out at 76 degrees on Saturday with even cooler weather coming in for Sunday. It will take a bit longer for the rush of cool air to head into areas such as Utah, however, Father’s Day is setting up to see unseasonably cool readings for this part of the Mountain West.

What About the Rain?

The return of rain will also mark the start of the weekend in an area stretching from coastal Washington down into the northwestern corner of California. While thunderstorms may be possible at some of the higher elevations due to instability in the atmosphere, the lower elevations will mostly see straight rain showers. Gusty winds may also plague nearly all of this impact zone with the potential of hail also in the picture. 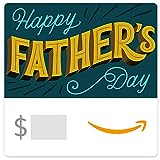 Moving to the east, the southward movement of the jet stream will bring moisture from the Pacific Ocean toward the Rocky Mountains. In addition, the circulation in the atmosphere above the heat dome positioned over the Plains will bring up more moisture from the Gulf of Mexico. Together, these moisture masses may be enough to trigger the onset of monsoonal storms over the Southwest by the weekend.

Although many areas of the West are in desperate need of meaningful precipitation to make a dent in the drought, one region that has had enough is the land surrounding Yellowstone National Park. Historic flooding has closed the park to visitors. Additionally, park officials worry that the onset of storms could bring lightning strikes that may trigger wildfires, a typical concern heading into the summer months.

Looking Ahead to Next Week

The temperature is forecast to rebound just in time for the official start of summer on Tuesday. Seasonable readings are expected by this day throughout the bulk of the western half of the nation. The exception to this rule will be the Rocky Mountain region where the onset of monsoonal moisture may negate the warmup.

The Pacific Northwest is also forecast to be left out of the warmup. It has been an unusually chilly spring in Seattle. The Emerald City has yet to break past 73 degrees. The long-range forecast does not indicate that this will happen any time soon. Should the city not hit 75 degrees by June 23, it will break a record for the latest first occurrence of this benchmark reading.