As of Wednesday morning, the National Interagency Fire Center (NIFC) reports that there are 67 active large fires burning throughout the US with the bulk of these blazes located out West. The weather forecast does not look to be doing the efforts to get these fires under control any favors. The fires continue to be fueled by high temperatures, low humidity levels, and ongoing drought conditions.

In terms of the number of fires, Idaho, Arizona, and Montana have been leading the pack. However, the two largest current wildfires are now in northeastern California and southern Oregon. The fires are filling the sky with smoke and prompting the evacuation of thousands of residents as the flames encroach into populated areas.

The Bootleg Fire is currently raging in southern Oregon in the Fremont-Winema National Forest. The fire started over one week ago and is still 0% contained after scorching more than 200,000 acres. The National Weather Service (NWS) has a red flag warning in place for parts of southwest Oregon through 8 pm Wednesday.

The Beckwourth Complex Fire is one of eight major fires burning in California. This fire has burned about 93,000 acres throughout the Plumas National Forest. While it is about 66% contained, it is still causing damage and giving fire crews headaches. Over the weekend, the fire jumped a major highway, burning cars in its path. 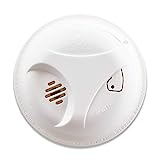 In addition to the concern of lives and property being in danger as the blazes continue to rage, these fires are also emitting a great amount of dangerous smoke into the atmosphere. The impacts of this smoke can be felt hundreds of miles away, creating poor air quality conditions up and down the West Coast.

Air quality alerts are in effect for parts of Oregon, Idaho, Montana, Wyoming, and Colorado because of the smoke infiltrating the skies. A stagnant weather pattern is keeping this smoke in place and allowing it to build across other areas not affected by the wildfires. Health experts recommend checking the air quality alerts in your area before heading outdoors, especially if you have underlying conditions.

No Relief in Sight

The long-term weather forecast shows no relief in sight for fire crews hoping to see some rain to clear out the smoke and dampen the fires. The Pacific Northwest will remain particularly dry over the next week. While there is moisture in the forecast in the Southwest thanks to the monsoon season, this precipitation is not expected to move to the north.

The ongoing heat is also expected to continue into the next week across the West. Some areas may even see temperatures soar higher, continuing to exacerbate the fire situation.

Unfortunately, the 2021 wildfire season is getting off to a more serious start than the record-breaking 2020 season. According to NIFC, 2021 has already seen almost 34,000 fires across the US. These fires have burned over 2 million acres. These numbers are up from this same time last year, which saw over 27,000 fires with approximately 1.6 million acres burned at this point in July. Coupled with the extreme drought conditions across much of the West, this certainly does not bode well for the next few months