Thunderstorms May Wane, but Rain Still a Strong Possibility

A break in the hot weather and humidity is finally starting to spread over the north-central US with more relief on the way for the Northeast and the Southeast in the coming days.

Dog Days of Summer Coming to an End?

A wave of cool air started to move into the north-central states on Thursday. This relief is forecast to move into the Northeast over the weekend before dropping down to the southeastern states by next week. This change in weather will be a welcome relief to those who have grown weary of the dog days of summer.

Not only will the temperature cool down, but the change in weather patterns will also help to alleviate the persistent thunderstorm activity that has plagued the eastern half of the country throughout much of July. However, just because the thunderstorm activity is suppressed, it does not mean that the region will stay dry.

The change in the weather is being credited to a southward plunge in the jet stream in Canada. Cooler temperatures will follow as this stream continues to dip farther to the south next week. The mercury will begin to drop in the Northeast beginning on Friday, bringing a rapid cooldown for the weekend. By Monday, this cooldown will begin to affect the Southeast on a greater scale.

Temperatures generally begin to cool down from the summer peaks of late July during this time of the year. The average highs in late July and early August along the northern Great Lakes and northernmost reaches of New England typically land in the upper 70s and low 80s. Average highs for this time of year usually hover around 90 degrees near the nation’s capital with the mercury averaging the lower 90s in the interior sections of the Southeast. The average high is even hotter in the southern Plains with the upper 90s the norm. 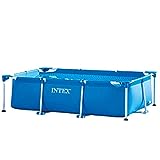 However, this weekend’s readings will deliver a departure from this heat. Much of the region will see temperatures in the high 70s and low 80s beginning on Friday. The lower humidity levels will make the real feel temperatures even less than in previous weeks.

Cities that have been boiling under consecutive days in the 90s will finally begin to see a bit of relief as this jet stream dip delivers cooler air. Rather than sitting in the mid-90s, cities such as Jackson, Mississippi; Charlotte, North Carolina; and Kansas City, Kansas will notch highs in the lower to mid-80s beginning this weekend and lasting through the early part of next week.

In addition, nighttime low temperatures will also drop significantly when compared to what July brought. For example, Boston will drop to the upper 50s for nighttime lows this weekend while New York City and Washington, DC will experience lows in the 60s. These readings represent a departure of about 10-15 degrees below normal for early August.

The temperatures may drop even more in areas that are not covered in clouds in the overnight hours.

This cooler air will also help to tamper the prevalent thunderstorm activity as of late. However, it will not be uncommon for some areas in the Northeast and Midwest to experience spotty showers and thunderstorms, particularly in the afternoon hours. The good news is that this precipitation will likely not be accompanied by the stifling humidity that has characterized the weather lately.

Heading into early next week, a soggy weather pattern may return to parts of the East Coast, particularly in the coastal areas. This rain will be the result of a flow of tropical moisture coming up from the Southeast.

As the Bermuda high begins to shift from its usual position in the western Atlantic Ocean closer to the East Coast, beach conditions may begin to deteriorate throughout the southern Atlantic coast and through the Gulf Coast. The rain may even reach as far north as the mid-Atlantic and New England as multiple cool fronts stall out over the southeastern US states next week.

Some coastal areas stretching from Louisiana up to Virginia may experience several inches of rain that could trigger flooding by the middle of the week. At this time, it is too early to determine how far west this precipitation will expand.