Do not pack away those flip flops quite yet. Residents throughout the East Coast are going to be in for another quick burst of summer despite the calendar reading mid-October.

Typical highs for the middle of October for this part of the country hover in the mid-60s. However, some areas may see the mercury soar to around 80 degrees on Thursday and Friday.

Philadelphia is forecast to hit the 80-degree mark on Friday with some areas slightly farther to the south seeing even higher temperatures. For example, the forecast high on Friday in Washington, DC, is 87 degrees. Should this happen, it will tie the daily high record set in 1975. Up the road in Baltimore, the forecast high for Friday is 85 degrees.

Temperatures Farther to the South

Charlotte is forecast to see a temperature of about 85 degrees on Friday while Raleigh may hit as high as 88 degrees. The temperature is also expected to be in the mid-80s in Atlanta on Friday before the cooldown begins.

When Will the Heat Break?

So how long will this summerlike weather pattern stick around? Temperatures are expected to drift closer to more normal readings over the weekend. While some of the areas along the East Coast will still see generally warm temperatures on Saturday, the cooldown will get started in earnest on Sunday. 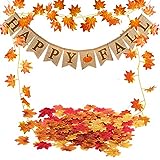 Sunday will also bring the chance of cloudy conditions, showers, and an isolated thunderstorm as a cold front pushes into the region. The warmest temperatures along the East Coast will struggle to reach the 60s.

The beginning of the work week will see a drier weather pattern once the leading edge of the front pushes off the coast.

Thursday, Friday, and Saturday will be good days to get out and check the fall foliage in New England. The warmer temperatures will provide excellent weather to catch these leaves at their peak.

It is also a good time to make that trip to the pumpkin patch. However, you may want to hold off on carving those pumpkins and putting them on your porch. The warmer weather may accelerate the normal deterioration of these gourds.