Although it may feel like the dog days of summer now, the fall season is right around the bend. Will your corner of the U.S. cool off quickly or do you have more hot conditions in store? What about precipitation impacts? Here is a look at what weather experts are predicting for the U.S. this fall.

Northeast and Midwest Will Not See Widespread Cooling Temperatures Until October

The predicted lingering warmth could delay the onset of the leaves changing. However, experts are expecting that the colors could be particularly vibrant throughout the Northeast and the Great Lakes this year, making it worth the wait.

There is good news on the horizon for this part of the country that is dealing with drought conditions. A rainier than normal October may be on the way for the Northeast and Midwest. While this increase in precipitation may be good news for the drought, it may also bring the threat of severe weather in the form of tornadoes. The peak month for fall tornadic activity will likely be October as the cool and warm air masses collide.’

In addition to the threat of tornadoes, September and October may also bring the risk of tropical weather. Last year brought a number of damaging named tropical features to the Northeast, including Hurricane Ida and Tropical Storm Henri.

Although forecasters believe that the heat of the summer will hang on through most of September, it will cool quickly once this weather pattern ends. The first hard frost of the season may come a few weeks ahead of schedule in some parts of the Upper Midwest and Upstate New York. The predicted parade of storms in the Northeast starting in late October could also lead to earlier than normal snowfall for parts of the interior Northeast and the higher terrains across the Appalachians.

Drought Expected to Continue Through Central U.S. and Southern Plains

The Northeast, Southeast, and the Upper Midwest may be the only part of the eastern half of the country that experiences relief from the drought conditions this fall. The central U.S. and southern Plains are forecast to see the heat and dry conditions stick around throughout the fall months. Because so much of this region is under the classification of an exceptional drought as defined by the U.S. Drought Monitor, it is going to take a significant amount of moisture to deliver any sort of noticeable relief. 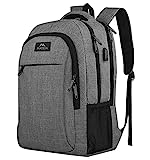 Forecasters are relatively confident that the first half of the autumn season will not bring meaningful precipitation across the southern Plains. The latter half of the season will be the best chance to pick up rain heading into the winter season. The prevalence of thunderstorms are forecast to pick up in October and November in the central U.S. However, forecasters warn that the majority of this precipitation will be limited to the eastern Plains, including Kansas, Oklahoma, Arkansas, and Missouri.

You can also expect measurable rain over the Four Corners region of Arizona, Utah, New Mexico, and Colorado. This moisture will come as the North American monsoon season wraps up for the year.

Unlike parts of the Northeast that may see an earlier than usual frost, this weather event is likely to be delayed in the central U.S. Lingering heat will also keep energy demand high through September in parts of the southern Plains, most notably throughout Texas. It will not be surprising if cities such as Dallas and Austin continue to see readings soar above the century mark through the majority of September.

The heat that will not lift may spread into parts of the lower Mississippi Valley. Agricultural experts are warning that the persistent heat may be a hindrance to crops and livestock throughout the central U.S. Consumers all across the country may see the impacts of the dry conditions and warmth in prices at the grocery stores as farmers grapple with lower crop yields.

The ongoing La Niña weather pattern will continue to influence the climate in the Southeast this fall. During this type of weather pattern, the water temperatures in the Pacific Ocean near the equator are cooler than normal. This impacts the jet stream across North America while also typically triggering more tropical activity in the Atlantic basin.

Forecasters are expecting the La Niña pattern to strengthen heading into the fall. As this happens, it will raise the risk of tropical storms moving into the southeastern U.S. well into October.

The large area of high pressure known as the Bermuda High has pushed most tropical activity in the area to the south. This presence has kept the U.S. coastline relatively free from significant activity so far this year. However, the Bermuda High is forecast to weaken this fall, making it possible that tropical features may track toward the U.S with greater frequency in the coming months.

Because the drought is not as severe across most of the Southeast, there may be enough rain in the long-range fall forecast to erase these conditions by the time that winter arrives.

No End in Sight for Drought Out West

Unfortunately for the West, they are not forecast to see the same amount of precipitation as the Southeast this fall. This lack of moisture will translate to another active wildfire season. Although some parts of Southern California may get in on the last rain of the monsoon season, the lightning and gusty winds that often accompany these monsoonal storms could lead to more fires.

The interior West is already especially dry, putting it at the greatest risk of wildfire spread in the coming months. All it takes is one lightning strike to start a massive fire. Unlike the 2021 wildfire season that saw the worst of the activity in Northern California and the Northwest, this year’s peak of the season is likely to be centered on areas farther to the south. This is because the Northwest has seen ample amounts of rain to keep the grounds less likely to erupt into flames.

The Santa Ana winds that pervade Southern California in September and October will likely be a contributing factor to the greater risk of fires in this part of the Golden State this fall.