Fiona Continues its Trek Through Caribbean as Category 3 Hurricane

Hurricane Fiona is now a major Category 3 storm, predicted to hit Category 4 status by Wednesday. As the first major hurricane of the 2022 Atlantic hurricane season, Fiona unleashed massive flooding in Puerto Rico to start the week as it now moves toward Bermuda. Here is the latest on this storm meandering across the Caribbean.

Where is Fiona Now?

As of Tuesday morning, Fiona was a Category 3 storm that was packing maximum sustained winds of 115 mph. The storm is moving at a slow speed of 10 mph to the north-northwest across the Atlantic as it continues to gain wind intensity. The eyewall of this massive storm brushed past the eastern edges of the Turks and Caicos Islands on Tuesday.

Forecasters are warning that the storm will likely grow to a Category 4 status within the next 24 hours as it moves closer to the Bahamas and Bermuda. This designation would put the wind speeds at 130 – 156 mph.

The same cold front that is forecast to bring a dose of cooler air to the Northeast will interact with the storm system, causing Fiona to pick up speed and make a turn to the northeast. This interaction will bring the storm closer to Bermuda, putting the islands on alert for a direct impact by the end of the week.

The current storm track shows Fiona dumping heavy rain over Bermuda with most of the area picking up at least 2 inches on Thursday and Friday. The islands will also see high winds as the storm makes its approach. The intensity of these winds will depend on how close the center of Fiona comes to the group of islands. The size of the eye as it inches closer will also impact the severity of the wind damage.

Hurricane experts are predicting that Bermuda will at least see hurricane-force winds of 74 mph or above starting on Thursday and lasting through Friday. Fiona’s eye is currently relatively small, meaning that its hurricane-force winds are only expanding out about 30 miles. Should this hold, it would translate to a smaller impact area.

Forecasters are warning all residents of Bermuda to get prepared now. There is still the chance that the islands could see destructive winds if the storm shifts a bit closer. Most building codes in Bermuda mean that the area can easily withstand Category 2 hurricanes, however, Fiona could be stronger than this as it moves toward the islands.

Threats to U.S. and Atlantic Canada 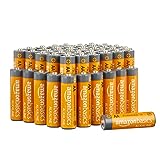 Although the U.S. will be spared a direct hit from Fiona, that does not mean that the Eastern Seaboard will escape its wrath entirely. The storm will churn up the seas throughout the western Atlantic Ocean, triggering dangerous rip currents and surf conditions stretching from the Bahamas up through the Eastern Seaboard.

The coastline along the East Coast will see high waves, potentially dangerous rip currents, and minor coastal flooding with beach erosion during high tide. Beachgoers need to be aware of any advisories in their area. This part of the U.S. has been lucky this season with no action greater than a few brushes with tropical storms that stayed well out to sea.

However, while the U.S. will be largely spared the significant impacts, Atlantic Canada may be a different story. This part of the coastline can expect to see the high probability of damaging winds and torrential downpours.

It is not unusual for tropical features this far north to unleash destructive winds. Hurricane experts are predicting that the area from New Brunswick to Newfoundland will be in the impact zone for strong wind gusts of up to 120 mph this weekend.

Just five years after Hurricane Maria left Puerto Rico in a state of mass disarray, the U.S. territory is now dealing with the severe impacts of Hurricane Fiona. Early estimates are putting the economic damage to Puerto Rico at about $10 billion. The governor of Puerto Rico said that the island has suffered “catastrophic” damage due to the heavy rainfall and winds.

At least three deaths are being blamed on Fiona in Puerto Rico after the storm made landfall on Sunday afternoon and continued to hang around through Monday. As of mid-day Tuesday, over 1 million customers are without power thanks to what was an island-wide power outage. Although the power has been restored in key areas of the island, approximately 85% of the area is still in the dark. In addition, over 2 million customers are currently without water.

The storm dumped over 30 inches of rain in some parts of the island, covering everything in brown water and flooding homes and businesses. While the capital city of San Juan escaped the worst of the destruction, it is a different story in the southwest corner of the island and across the countryside. For instance, the southern town of Ponce measured 31.34 inches of rain late Monday.

Tuesday marks the five-year anniversary of Hurricane Maria’s landfall. This Category 4 storm left almost 3,000 people dead and destroyed the entire power grid for the island. Residents of this vulnerable island community were still building back from this historic disaster when Fiona came on shore.

Just hours after slamming into Puerto Rico, Hurricane Fiona went on to make a second landfall in the Dominican Republic. Fiona was able to hold onto a Category 1 status as it struck the island with maximum sustained winds of 90 mph. The eye of the storm came on shore near Boca de Yuma, located about 20 miles southwest of the populated area of Punta Cana. 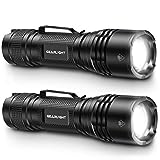 The city of Higuey is reporting the worst of the flooding, forcing people out of their homes and bringing down power lines and tree limbs. Forecasters are warning those in the Dominican Republic that they will continue to see flooding issues and mudslides in the coming hours.