Potential Area of Tropical Development in the Gulf Late Next Week

While large sections of the nation continue to see drought conditions, residents in Texas and Louisiana are begging for the rain to stop. It does not look to get any brighter throughout this week for this water-logged portion of the South.

Soggy Wednesday: Wednesday is generally going to be another soggy day for Texas and Louisiana as warm and moist air continues to flow up from the Gulf of Mexico. This wet weather will trek northward into Arkansas, Missouri, and western portions of Mississippi, Tennessee, and Kentucky. The wet Wednesday will affect the major cities of Dallas, San Antonio, Houston, Little Rock, and St. Louis to some degree.

Wet Pattern to Continue Through Weekend: The ongoing pattern of rain and severe weather is not showing any signs that it will relent any time in the near future. A new storm is predicted to set in over Texas later this week, gradually moving eastward and bringing an abundance of rain with it. This storm system is forecast to drop heavy rain showers and severe thunderstorms beginning on Friday and continuing through the weekend. Because of the saturated ground and waterways, there is a high threat of flash flooding.

Because this particular system is expected to move slowly, it will allow for the moist air from the Gulf of Mexico to move to the north and cover the majority of Texas and Louisiana. This moisture may also move into parts of Oklahoma, Arkansas, and Mississippi as it expands.

Rain to Hit Previously Soaked Areas: The bad news for those living along the western Gulf Coast is that this rain is going to hit the areas that have already been hammered with heavy precipitation and flash flooding. Victoria, Texas, and neighboring Lake Charles, Louisiana, received over 20 inches of rain during the month of May. This amount of precipitation was almost four times the average rainfall for this region. The bulk of the rain fell within 10 days, exasperating the issue of flooding.

Because of this record rainfall, many rivers and creeks are already swollen beyond their banks. Any additional rain this week will put many of these waterways over the edge. 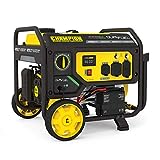 Tropical System in the Forecast? With the flip of the calendar to June also comes the official start to hurricane season. Although there are no storms to worry about at this moment, forecasters at the National Hurricane Center (NHC) in Miami have their eyes on the week of June 11-15.

The current long-range forecasts for this week are revealing signs of possible tropical development in the Gulf of Mexico. As wind shear across the active Gulf begins to dissipate in mid-June, heavy bands of tropical moisture will be moving in at the same time. This is a recipe for conditions that are conducive to tropical storm development.

The winds would likely steer this potential development to the north and northwest, spelling trouble for parts of Texas and the Gulf Coast. Although it is still too early to say with any certainty what this tropical development may look like, it is certain that the experts at the NHC will be keeping an eye on it in the coming days.