Glorious May Weather to Come to a Screeching Halt This Week

Monday was a day of transition for much of the Pacific Northwest. After a long stretch of warm and dry conditions, the region is moving into a more active weather pattern.

Glorious Weather Comes to an End

It has been an amazing week of weather for the Pacific Northwest. Temperatures in this corner of the country have been mostly above average for the last several days. For example, Seattle has been enjoying temperatures in the 70s since early last week, compared to the average daytime highs in the mid-60s. Nearby Portland saw the mercury soar into the 80s over the week.

However, all of this is changing this week as the Northwest is set to get hit by several rounds of persistent rain, the chance of thunderstorms, and snow in the higher elevations.

Wet Pattern to Really Get Going by Mid-week

Monday was a mixed bag of weather for the region as Mother Nature could not make up her mind about what direction to take. Wednesday is the target day for when the bulk of the precipitation will begin to fall from the sky. In addition, a southward moving jet stream will deliver significantly cooler air to mix with the moisture.

As the jet stream dips on Wednesday, the temperature will also dip to up to 30 degrees lower than the high readings of last week. Cities that will see a huge fluctuation in temperature include Boise, Idaho, and Salt Lake City, Utah.

The storm will be well-positioned to bring moisture up from the Gulf of Mexico and dump it into the Rockies. The northern Rockies need to be ready for significant snow accumulation with this system. This moisture will begin to fall in abundance by Wednesday night.

The lower elevations will be the target of showers and thunderstorms. To the west of the Rockies, the precipitation will fall as rain. Widespread rain showers will be on tap for a large swath of the Northwest stretching from Seattle eastward to Spokane, Washington, and farther down through Portland and Eugene, Oregon.

Who Will See the Snow? 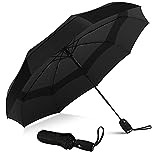 The question remains, who will see the May snow event? As with snow events this late in the season, the levels will probably not drop below 3,500 feet in elevation. The most significant accumulations will occur over 5,000 feet.

Even though it is only 3,700 feet in elevation, Great Falls, Montana, may see several inches of new snow by the end of the week. Higher elevations such as Marias Pass, Montana, could see up to two feet of snow by the time the storm wraps up.

Although the late season snow and soaking rain will be an unwelcome sight for most people, the land really needs this precipitation. According to the US Drought Monitor, more than 25% of the state of Oregon is considered to be in extreme drought. Portland has only recorded 6% of its average precipitation historically in May.

A substantial amount of Washington state is also in need of moisture. More than 20% of the state is in a severe drought stage.

With the record-breaking 2020 wildfire season still in recent memory, the rain in this current system will be a relief for these drought-stricken areas heading into the summer.