If you live in the central part of the U.S., you do not need a weather headline to tell you that it is hot outside. This immense heat is fueling the development of thunderstorms throughout the nation’s heartland.

Stormy Conditions to Start the Week in Central U.S.

A cold front is making its way through the northern Plains states to start the week. This front was responsible for Monday’s stormy conditions in the Dakotas, parts of Nebraska, and Minnesota. This line of storms is forecast to bring a variety of dangerous conditions, including hail, isolated tornadoes, and high winds of up to 90 mph for the next few days.

The greatest threat of storms on Tuesday will move to the southeast with states as far east as Wisconsin and as far south as Kansas in the potential impact zone. An abundance of moisture in the air paired with the intense heat will spark the development of storms in this region.

Cities under the gun for storms on Tuesday include Omaha, Kansas City, Des Moines, and Milwaukee. Any storm development would likely happen during the afternoon and evening hours. While the bulk of Chicago is predicted to be outside of the area of risk, you cannot rule out a stray shower or storm on Tuesday night. The greatest chances of these storms will be in the western and northern edges of the metro area.

Even if widespread storms do not develop on Tuesday, any activity will be heightened thanks to the heat in place over the region. Increasing humidity levels will raise the risk even further. Additionally, high winds knocking out power could make it extremely uncomfortable because of the real feel temperature readings.

By Wednesday, the storms are forecast to move farther to the southeast, bringing the chance of inclement weather to the Ohio Valley. Although the threat of storms will be isolated, it is likely that cities such as Louisville and Pittsburgh will see some scattered showers or storms by the middle of the week.

Looking at the Heat in Detail

These storms are being fueled by the heat dome currently bearing down on the central U.S. Record-challenging heat will be the norm for the south-central portion of the country. While the heat will begin to abate in the Midwest in the coming days, the extreme temperatures will still be in place throughout the southern Plains states and the lower Mississippi Valley. 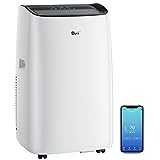 You can expect the mercury to soar well into the 90s and near 100 degrees in the epicenter of the heat dome. Combined with high humidity levels, this could present dangerous conditions for those vulnerable to heat-related illnesses. Unseasonably warm overnight lows will make it difficult for residents without air conditioning to cool off homes.

Another surge of heat is building for Tuesday and Wednesday in the Midwest. While the region saw some relief over the weekend following last week’s heat wave, the temperatures are already on the rise again in an area stretching from Wisconsin and Michigan down into Illinois, Iowa, and Missouri. Chicago will be sweltering on Tuesday with temperatures approaching the triple digits. Other cities that may see records fall include Green Bay, Wisconsin and St. Louis.

The immense heat will track to the southeast by Wednesday, bringing another day of potentially record-breaking temperatures to cities such as Nashville and Atlanta. This sultry weather will expand throughout the Gulf Coast, made worse with the high humidity levels.

As this dome of heat shifts to the southeast, the Midwest will see a bit of break in the unseasonably warm weather. The arrival of moisture to the central U.S. will help to bring the temperatures down farther. For instance, after seeing readings near 100 degrees on Tuesday, Chicago will be back to the 80s by Wednesday and for the rest of the week.

Just as it begins to cool off in the Midwest, the heat will intensify in the Southeast and along the Gulf Coast. High temperatures will hover about 5 – 15 degrees above normal for nearly all of the south-central portion of the country, including cities such as Dallas, Little Rock, Austin, New Orleans, and Shreveport.

The uncomfortable heat is forecast to return to the Midwest by the weekend, putting an additional strain on energy systems that have already been pushed to the brink this early in the summer. By Saturday, the mercury may once again be approaching record-setting territory in places such as St. Louis and Nashville.