Heat to Return to Northeast and Then Disappear Again

If you do not like the weather in the Northeast this week, just stick around a while. After a weekend that saw temperatures well above average for the middle of May over the weekend, a cold front rolled into the region on Monday, sending the mercury plummeting. However, more heat is on its way for the area as the Memorial Day weekend and the unofficial kickoff to summer approaches.

Heat to Return on Wednesday

Monday and Tuesday offered cooler than average temperatures throughout the Northeast with most areas seeing readings of 10-20 degrees below average for this time of the year. The heat will return on Wednesday to the eastern half of the US.

The temperatures are forecast to reach the 80s and into the 90s in a large swath of land stretching from the central Appalachians, into the mid-Atlantic. and up into some sections of New England. In addition to the heat, humidity levels will also be on the rise. This will make the real feel temperatures feel up to 15 degrees over the actual temperature reading during the heat of the day. Some real feel temperatures may even hit the century mark in the hottest areas on Wednesday.

Warmth Will Be Fleeting

Those people who do not appreciate the heat will be in luck. A cold front is set to move in from central Canada and the Upper Midwest by the end of the day Wednesday, bringing cooler temperatures as a result. The front will deliver the cooler weather on Thursday and into Friday. The humidity levels will also drop with the arrival of the front.

The front will also raise the risk of severe weather throughout the region as it makes its way eastward. While the thunderstorm development will not be widespread, a number of storms may be possible as the front moves in. 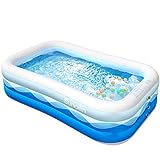 In addition to the threat of severe thunderstorms, the region will also be at risk of large hail, high winds, and isolated tornadoes. The threat of severe weather will stretch from eastern Ohio and northern West Virginia into Delaware and New Jersey. Even parts of southern New England may get in on the action. The highest risk of storms will come on early Wednesday evening.

Heading Into the Memorial Day Weekend

As the workweek comes to a close, the up and down temperature trajectory will continue. Along with the unstable temperatures, the weekend will also bring a higher chance of widespread precipitation. It may be a bit of a disappointment for outdoor activities throughout much of the mid-Atlantic and New England coasts thanks to a slow-moving storm and cooler air in place.