After days of unseasonably warm temperatures, the Pacific Northwest is finally going to see some relief from the heat. Meanwhile, as the Northwest cools off, high temperatures in California continue to fuel the state’s wildfire risk with the McKinney Fire now being distinguished as the largest fire in the state.

A number of records were broken in the Northwest over the last several days thanks to a heat wave that hung on for days. The worst of the heat was positioned over the southern tier of Oregon. The city of Medford tied an all-time record high reading when the mercury hit 115 degrees on Friday. The lengthy heat wave brought readings in the triple digits for six straight days in Medford.

The region’s major cities also saw immense heat over the course of this weather event. Portland recorded a temperature of 102 degrees twice over the last week with readings well into the 90s on the other days. The high temperature met or eclipsed 95 degrees for seven consecutive days in the Rose City, speaking to the duration of this extreme heat.

It was slightly cooler three hours to the north in Seattle. By Sunday, the Emerald City had recorded six straight days of temperatures at 90 degrees or higher. The 95-degree day on Sunday broke the previous record for July 31, set back in 2015.

Authorities warn that the ongoing heat was likely responsible for a handful of deaths. At least seven fatalities due to hyperthermia have been reported in Oregon. This part of the country does not enjoy widespread air conditioning in homes, making it more dangerous for residents when the heat sets in and does not let up.

Heat Coming to an End This Week

Monday saw slight relief from the heat with more cooling on the way later in the week. While temperatures during last week’s heat wave averaged about 10 to 20 degrees above normal for the end of July, Monday’s highs fell to within five degrees of average along the coastal areas with slightly higher readings reported inland. 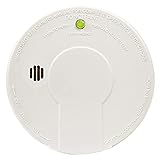 Seattle settled into the low 80s for a high on Monday, only a few degrees above average for the first day of August. Although Portland peaked in the upper 80s and low 90s on Monday, it was still a dramatic departure from the previous readings in the low 100s.

Tuesday will bring cooler conditions to areas farther inland and even lower readings to the coastal areas. Seattle will see a forecast high of about 75 degrees on Tuesday with a mix of sun and clouds. The mercury will level out in the upper 80s for Portland with temperatures above 90 degrees not expected to return until the weekend.

As the temperatures continue to fall, a mass of moisture coming from the Desert Southwest will move to the north. This will bring an increased chance of showers and thunderstorms to parts of Oregon, Montana, Idaho, and eastern Washington. While this precipitation is not likely to become widespread, it could still trigger flash flooding in some areas that see the heavy rain. The threat will be the highest in areas with a sloped terrain.

The moisture associated with the North American monsoon season will also raise the risk of dry lightning storms. This type of weather event produces lightning strikes without the rainfall, making it more likely that wildfires ignite and spread. The strong winds often accompanying these types of storms fan the flames of the fires started by lightning, creating the perfect storm of conditions for wildfires.

One part of the West Coast that has been dealing with wildfires on a greater scope is Northern California. As of late Monday, the McKinney Fire had already burned nearly 60,000 acres, making it the largest currently burning fire in the Golden State.

This fire is burning near Yreka in the Klamath National Forest, a town located approximately 20 miles from the Oregon and California border. The McKinney Fire is 0% contained as fire crews have been focusing on evacuating those residents in the path of the blaze rather than fighting the flames.

Approximately 3,000 people have been evacuated from the region, including 60 hikers that had been journeying along the Pacific Coast Trail. The U.S. Forest Service has closed over 100 miles of the trail through August 30 as a result of the fire burning nearby.

The fire started on Friday afternoon, quickly exploding in size over the weekend thanks to the dry and hot conditions. Authorities are still investigating the cause of the fire.

The massive inferno is being blamed for at least two fatalities. Two victims were found in a burned vehicle on Sunday near the Klamath River. California Gov. Gavin Newsom declared a state of emergency for Siskiyou County, freeing up valuable state resources. 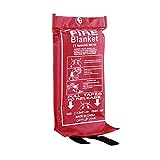 According to a report by the New York Times, at least 100 structures have been destroyed by the flames. This includes several homes, a grocery store, and a community center.

More Fires in and Near the Klamath National Forest

In addition to the McKinney Fire, there are three more fires burning in and near the Klamath National Forest. This list includes the China 2 Fire, the Shackleford Fire, and the Kelsey Fire.

Unfortunately for weary fire crews, the weather forecast will not be providing any favors in the coming week. Gusty winds will be the primary complicating influence over the next few days. This part of the West will also be on the northern edge of the monsoonal moisture, raising the risk of dry lightning strikes.