Here is What Various Regions of the U.S. Can Expect This Summer for Weather

The onset of warmth throughout much of the U.S over the last few weeks has many people wondering what the summer of 2022 will hold. Although temperatures climbed well into the 90s thoughout the Southwest and Southern California last week, residents of the northern Plains are experiencing the complete opposite with blizzard conditions and multiple shots of Arctic air distinguishing the weather pattern for the month of April.

While the official start of summer is not until June 21, meteorological summer officially kicks off on June 1. However, the weather conditions do not always align with what the calendar is saying. When can you expect summer to arrive in your corner of the U.S. and how extreme will the conditions be this year? Read on for what the experts are saying about the arrival of summer and what each region of the country can expect this year.

As usual, most residents of the West Coast will be wondering what the summer forecast holds for wildfire season. While the summer got off to a fast start last year in the Pacific Northwest with a record-setting heatwave, it is forecast to be the opposite this year. The long-range forecast indicates that the northwestern corner of the U.S. will see cooler temperatures and a late start to summer in June. For example, daily highs are forecast to be about 6 to 8 degrees cooler than what they were last June for Seattle and down into the interior West.

However, summer is expected to ramp up in earnest by July up and down the West Coast. The warmth of the sun will quickly erase California’s meager snowpack, complicating the already worsening water supply issues. Water restrictions are expected throughout the Golden State as wildfire season ramps up.

Despite the moisture delivered during the monsoon season, the long-term drought is expected to continue in the interior Southwest. This reduction in water levels at the major reservoirs in Arizona could potentially reduce the function of hydroelectric power generators.

The warm temperatures and the drier than average conditions will pair to create the threat of another destructive wildfire season. Southern California is expected to see the earliest fire development in June before the risk spreads throughout the western half of the nation in July and August.

Moisture-Rich Summer for the Northeast and Midwest

The ongoing wet pattern in the Midwest and Northeast is predicted to continue through the summer. While you may not need to water your lawn as often, it might be challenging to plan those usual summer outdoor activities when compared to past years. An increase in moisture in the atmosphere will also translate to a higher risk of severe weather stretching from the Eastern Seaboard into the Great Lakes.

The greatest chance of regular bouts of severe weather this June and July will be in the Midwest. However, the threat of tornadoes will also be higher for the Northeast, including for the millions of Americans that live along the busy Interstate 95 corridor.

Because of the expected higher amounts of moisture, it is likely that the region will see fewer heatwaves. While the summer of 2021 was a scorcher throughout the Midwest and Northeast, temperatures are expected to hover in the normal range this year.

A few exceptions include more 90-degree days than usual predicted for northern mid-Atlantic cities such as Baltimore and Washington, D.C. The city of Chicago is also forecast to see the mercury soar above 90 degrees more frequently in 2022.

Early-Season Tropical Weather for the Southeast and Gulf Coast

Hurricane experts are worried about an early start to the tropical weather season this year along the Atlantic Seaboard and the Gulf Coast. This early-season development could thwart beach plans for many families heading to the shore for some fun in the sun. Sea-surface temperatures are reading above average in many areas of the Atlantic Ocean, the Gulf of Mexico, and the Caribbean Sea. This can create an earlier than usual onset of hurricane season throughout the Atlantic basin.

The areas most likely to see early tropical weather this year include the central portions of the Gulf Coast, the bulk of Florida, and the Carolinas. Forecasters are predicting that there will be between 16 and 20 named storms spin up this season.

Will Monsoon Moisture Alleviate the Drought in the Four Corners Region and Beyond?

Although the Northeast will be dealing with greater amounts of moisture, it may be the opposite story throughout the nation’s mid-section. Drought conditions continue to worsen in a large swath of land expanding from Texas up into Montana. According to the U.S. Drought Monitor, the majority of the High Plains are now under the designation of severe to extreme drought. The worst of the drought is in western New Mexico and the panhandle portions of Texas and Oklahoma.

There is little moisture expected for the High Plains to start the summer. This will exacerbate the worries of wildfires. The dry weather will be accompanied by extreme heat in some areas, placing a strain on energy resources. Cities such as Austin, Dallas, Oklahoma City, Kansas City, and Denver can all expect to see slightly warmer temperatures this summer.

The area most likely to see a significant amount of moisture will be the Four Corners region, largely due to the annual monsoon season. Forecasters are expecting a substantial monsoon season that may arrive earlier than usual, potentially firing up as early as late June rather than later in July.

Although this moisture will be welcome news for the drought-stricken region, it will also come with an increased threat of wildfires because of lightning strikes. The fire season is already seeing some action in the Four Corners region with blazes breaking out near Flagstaff, Arizona and Santa Fe, New Mexico in recent weeks. 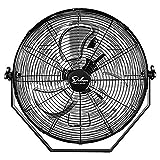