After days of churning around in the Atlantic Ocean, Hurricane Larry had its last gasp on Saturday morning when it made landfall as a Category 1 storm.

Larry made landfall near South East Bight on the island of Newfoundland on early Saturday. The storm produced hurricane-force winds as it dumped heavy rain into the area. While Larry is moving out into the northern Atlantic, it will still bring dangerous rip currents, rough seas, and the chance of coastal flooding at high tide to a large portion of the East Coast for a day or two. Because of the sheer size of Larry, it will produce swells that extend out from the center by over 800 miles.

Larry spent the entire week gathering strength in the Caribbean before it passed to the east of Bermuda on Thursday. The storm then began to lose intensity throughout the day on Friday. The Canadian Hurricane Centre issued hurricane and tropical storm warnings for a large part of southeastern Newfoundland in advance of Larry’s arrival.

The storm was boasting maximum sustained winds of about 80 mph when it moved onto the shore. Larry had these hurricane-force winds stretching for up to 105 miles from its center as it moved through the island. The tropical-storm-force winds were extending over 250 miles, creating a massive storm as it churned through the waters.

Larry earned its designation as a tropical storm on September 1, making it one of the longest-living storms in recent history.

What is Next for Larry?

Larry will gradually lose its strength over the next few days. As it moves to the northeast, it will run into large amounts of wind shear and cooler waters. Hurricanes generally need water temperatures of at least 78 degrees to thrive, however, the readings near Newfoundland are now about 63 degrees. 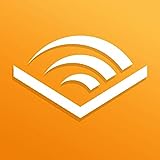 The system may keep it together long enough to bring heavy rain to Greenland on Sunday or Monday. The higher elevations of this region may also see snow as a result of Larry’s moisture-making abilities.

Despite its far northern location, Newfoundland is no stranger to tropical activity. The island is often the target of lingering tropical systems and nor’easters throughout the year. 2010’s Hurricane Igo inflicted about $200 million in damage when it roared onto Newfoundland with its 10 inches of rain.

Other Areas of Interest

An area of showers and thunderstorms continues to gain strength and size in the western Caribbean. Hurricane watchers warned that this system may develop further over the weekend and into early next week, potentially bringing severe weather to northwestern Mexico and the southeastern corner of Texas by next week.

Tropical Strom Nicholas is moving at a slow speed, it brings the greater potential of flooding rains if it moves over land.

The National Hurricane Center (NHC) has been watching this area of low pressure for over a week. Regardless of if the storm takes on a name, it will likely deliver heavy rain to the western Gulf Coast through the middle of next week. This includes all of coastal Texas stretching into parts of the Louisiana coast. The rain may be heavy enough to trigger flash flooding.

Nicholas is now the 14th storm of the 2021 season. The next name on the list is Odete. The system will not have the opportunity to linger over the exceptionally warm waters of the Gulf of Mexico. This means that it will not likely reach hurricane strength before it makes landfall.

Who Needs to be on Alert

The good news is that this system is predicted to track to the west of where the massive Hurricane Ida made landfall in Louisiana two weeks ago. This region is still undergoing cleanup efforts after the Category 4 storm caused mass destruction.

While the wind will not likely be a significant threat, the heavy rain associated with this system could spell trouble. Cities in Texas that need to be on alert include Brownsville, Victoria, Corpus Christi, Houston, and Port Arthur. The rain bands may stretch as far east as Lake Charles, Louisiana.

The NHC is also monitoring a tropical wave producing rain and thunderstorms spinning southwest of the Cabo Verde Islands. At this point, forecasters say that the environmental conditions are conducive for further development in the coming days. The NHC gives this system a 70% chance of forming a tropical depression over the next five days