Just hours before making landfall along the western Gulf Coast, Nicholas strengthened from a tropical storm to a Category 1 hurricane. This intensification cycle even caught hurricane experts off guard after they previously predicted that Nicholas would not have the time in the warm waters of the Gulf of Mexico necessary to strengthen.

Hurricane Nicholas made landfall near the eastern corner of the Matagora Peninsula approximately 10 miles to the east of Sargent Beach, Texas at about 12:30 am CT on Tuesday. Nicholas came onto the shores as a Category 1 storm packing maximum sustained winds of 75 mph.

As of Tuesday morning, Nicholas was moving at a speed of 6 mph to the northeast. By mid-morning Tuesday, the storm was only offering wind speeds around 45 mph after it had been downgraded to a tropical storm. At 10 am local time, the storm was about 10 miles southeast of Houston.

Earlier in the day on Monday, experts at the National Hurricane Center (NHC) were predicting that the storm would make landfall at about 7 pm local time. However, Nicholas slowed down, delaying the landfall by hours. This slowdown in speed also allowed the storm to pick up more strength as it hung around and fed off the energy in the Gulf of Mexico for a longer period of time than had been anticipated.

Rain the Major Story with Nicholas

While the high wind speeds will certainly present some issues, it is the heavy rain that is expected to be the major story of this particular storm. The curved path of Nicholas will take it across the upper coast of Texas and into the western half of Louisiana on Tuesday.

The heaviest rain bands will form to the north and northeast of Nicholas’ center, including southeastern Texas and into Louisiana. Flash flooding will be a possibility in a zone stretching from Corpus Christi to Beaumont, Texas, including the entirety of Houston. This heavy rain will extend to Lake Charles and Alexandria, Louisiana. This region will see 8 – 12 inches of rain. 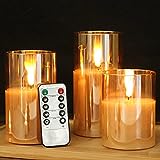 On a widespread scale, more than 6.5 million people are now under flash flood watches in a large swath of coastal area stretching from Texas to the Florida Panhandle.

The strongest wind gusts will be in the range of 60 – 80 mph. These potentially damaging winds will happen on Tuesday along the upper Texas coast. By the time the sun came up on Tuesday morning, over 450,000 customers were without power in Texas and Louisiana.

Residents also need to be aware of the possibility of storm surge flooding throughout the upper Texas coast and the western Louisiana coastal areas. A storm surge of 3 – 6 feet is predicted around Galveston Bay, Texas.

Houston Shuts Down in Advance of Nicholas

Houstonians are no stranger to tropical weather. As the storm made its last approach on Monday, the city hunkered down to prepare for what was coming. Pop star Harry Styles canceled the scheduled show in Houston on Monday as the storm bore down on the region. In the official announcement, Styles told his fans that they need to stay home and be safe. The “Love on Tour” show was set to happen at the Toyota Center.

In addition to the cancelation of the much-anticipated concert, many important COVID-19 testing and vaccination sites were forced to close their doors throughout many counties in Texas. Fort Bend, Harris, and Nueces counties all had to close sites on Monday as the storm inched closer.

Nicholas is expected to move in a northeasterly direction as it treks farther inland. Whatever is left of the system will move from the Mississippi Delta area into the Tennessee Valley during the middle part of the week. As this happens, heavy rain and flooding may threaten a region that is still recovering from the wrath of Hurricane Ida just two weeks ago.

Nicholas became the 14th named storm of the 2021 Atlantic hurricane season when it formed over the weekend. The storm is going to deliver heavy rain to parts of the Gulf Coast that are still recovering from the impacts of hurricanes Laura and Delta last year.

Other Systems of Interest

The NHC is also closely monitoring a system that is currently churning off of the southeastern coast of the US. A broad area of low pressure is forecast to form by the middle of this week just a few hundred miles to the north of the central Bahamas. The NHC predicts that this feature has a 50% chance to strengthen into a named storm within the next five days. Even if this system does not organize into a named storm, it still has the potential to deliver dangerous surf conditions paired with heavy downpours to the coastal areas of the Carolinas.

In addition, forecasters are watching a tropical wave that is moving over the far eastern Atlantic. This area is currently producing a large area of thunderstorms as it moves to the northwest at a speed of about 15 mph. Experts give this feature a high chance of 80% to form at least a tropical depression over the next five days.