A monster winter storm is continuing to unleash its fury across the Southeast, mid-Atlantic, and the Northeast. While the ice was the major storyline for the Southeast, it will be the potential of loads of snow that will create havoc for the Northeast to start the work week.

The most significant of the snow accumulations is predicted through the interior parts of the Northeast on Monday. While the populated cities along the Interstate 95 corridor may begin to see snow when the system first moves in, it will transition to rain as the storm marches forward.

A series of winter storm warnings and advisories were issued well in advance of the storm, sending residents scurrying to the store on Saturday and early Sunday to stock up for the impending inclement weather conditions.

History of This Massive Storm System

The system first got its start as a Saskatchewan screecher plunging down from Canada and into the northern Plains last week. From there, it moved farther south and into the Tennessee Valley and the Southeast, bringing snow and ice and knocking out power for thousands in its path. The system then took a jog to the north and northeast, headed straight to the heart of the interior Northeast. By the time the system wraps up, it will have affected over 100 million Americans.

Officials in the Commonwealth of Virginia reported responding to nearly 400 car accidents on Sunday. With temperatures falling into the single digits late Sunday and into Monday, any existing water on the roads will likely freeze and cause a messy commute on Monday morning. There is also the strong possibility of more snow coming in at the tail end of the system.

Ohio was also hit hard with rapidly falling snow. Over 900 crews were dispatched on Sunday evening to deal with treacherous road conditions. The Ohio Department of Transportation asked residents to stay home during the storm.

Over 171,000 customers were in the dark on Sunday evening stretching from Florida to Virginia. In addition to the complications associated with snow, the storm also delivered freezing and rain and sleet. This icy mix is weighing down power lines and tree branches. Officials advised those without power to use blankets and towels to block drafts from coming in through cracks under doors and in windows. 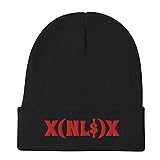 Charlotte, North Carolina was hit particularly hard by the freezing rain and sleet, causing massive power outages and dangerous road conditions. North Carolina officials said they had already gone through over 200 tons of salt and sand to treat the roads.

The daytime high for Charlotte is expected to reach the upper 30s on Monday after dropping into the teens in the overnight hours. The strong winds made the overnight lows feel even colder for the region.

The roads were not the only travel avenues affected by the storm. As of 6 pm EST Sunday, over 2,900 flights had been canceled as a result of the storm. The bulk of the cancelations came from Charlotte Douglas International Airport with approximately 95% of all outbound flights getting the ax. There were an additional 92% of inbound flights canceled. At least 25% of Monday’s flights have also already been canceled, making it important that travelers check the status of their travel plans before heading to the airport.

Other airports that saw mass amounts of cancelations and delays on Sunday included Ronald Reagan Washington National Airport just outside of Washington, D.C.

The severe weather was not limited to wintry conditions on Sunday. A confirmed EF2 tornado touched down near Fort Myers, Florida on Sunday morning. According to the National Weather Service (NWS) in Tampa Bay, the twister packed wind speeds of up to 118 mph. Over 100 mobile homes spread out over three different communities sustained damage as a result of the tornado. The funnel cut through a path that was 1.8 miles long and 125 yards wide.