Is the 2021 Atlantic Hurricane Season Winding Down? Quiet Conditions Indicate it May Be Over

If you have noticed that it has been awfully quiet in the Atlantic basin over the last few weeks, you have not been wrong. While the official end of the hurricane season is not until November 30, forecasters are starting to believe that the chances of tropical activity may be wrapping up.

2021 Off to Fast Start but Slowing Down

The relatively quiet October in the ocean waters is a departure from the fast start to the 2021 season. After blowing through all but one entry on the 2021 official list of names, meteorologists are beginning to wonder if the last name of Wanda may not even be needed.

The 2021 season saw five named storms prior to July 1, breaking the record set during the historic season of 2020. After a brief lull in July and early August, the storms picked up again and kept up with this pace through the middle of September.

Eight storms have already made landfall in the US this year, however, there is a good chance that this is the end of it. This is the time of the year when there are fewer tropical features forming off the coast of Africa. Without these waves planted as seeds, it is far less likely that there will be any further tropical storm development.

2021 Storms Not Coming From Africa

Despite the majority of tropical activity for the US originating off the coast of Africa, there are still major storms that get their start elsewhere. Earlier in the year, Hurricane Ida was triggered by a tropical wave that formed in the southern Caribbean Sea off the coast of South America. Ida ended up as the strongest storm to hit the US when it slammed into the Louisiana coast on August 29 as a Category 4 storm.

Later in the season, Hurricane Henri formed off of the northeastern coast of the US before making landfall in Rhode Island. Henri was a Category 1 storm when it made landfall on August 22.

Another common place for late-season storms to form is the Bay of Campeche in the Gulf of Mexico. This was the case with Hurricane Nicholas, a Category 1 storm that made landfall in Texas in September. 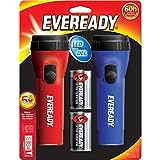 The presence of strong wind shear is decreasing the odds that any further development will happen, particularly for storms originating in the Caribbean. When strong vertical wind shear is present, tropical features are more likely to tilt and weaken as dry air moves into the system. This wind shear can also prevent a storm from forming.

In addition to the increase in disruptive wind shear, the onset of the La Niña pattern is starting to drop the sea surface temperatures located in the equatorial Pacific Ocean. According to the National Oceanic and Atmospheric Administration (NOAA), La Niña is officially in place as of Thursday. This means that there will not be the robust weather patterns needed to spur on tropical storm development.

All that said, forecasters warn that now is not the time to let down your guard and become complacent. While all signs are pointing to the season heading into dormancy, there is still the chance that a tropical feature could spring up and intensify.

During the record-breaking 2020 season, Hurricane Iota formed on November 13 over the Caribbean before making landfall as a Category 4 monster in Nicaragua. Just a few weeks prior, Category 4 Hurricane Eta slammed into the same spot before moving through the Gulf of Mexico and making landfall two separate times as a tropical storm in Florida.