Kona Low Continues to Pound Hawaiian Islands With Rain, Wind, and Even Snow

If you are traveling to Hawaii this week to soak up the sun and the surf, you may be in for a bit of a surprise. A Kona low positioned over the island chain is continuing to deliver heavy rain to the region.

It has been a wild few days in the Hawaiian islands. A storm system known by locals as a Kona low has brought widespread torrential rain and even blizzard conditions to the higher terrains of this island paradise.

Schools in Maui County were closed on Monday after flash flooding and numerous power outages wreaked havoc on the island. Some schools in Oahu were also closed on Tuesday due to the inclement weather conditions. Many governmental offices throughout the islands were also closed.

County of Hawaii Mayor Mitch Roth declared a state of emergency for the Big Island on Sunday as heavy rains flooded roadways. Governor David Ige took this one step further on Monday, issuing a state of emergency on Monday as a result of the flooding over the weekend with more rain in the forecast.

Ige is working with government agencies to lend support at both the state and federal levels as the storm continues to affect the region on a significant scale. The capital city of Honolulu has opened storm shelters throughout Oahu.

In addition to the widespread flooding generated from the Kona low, its effects are raising the risk of road closures, travel delays, landslides, and structural damage. The governor is urging residents to take the proper precautions, check on their neighbors, and put an emergency plan in place.

The arrival of December has brought the arrival of stormy weather. This new weather pattern has been a stark contrast to the largely peaceful November. With much of the island chain under severe drought conditions, the rain is a welcome relief for some areas. 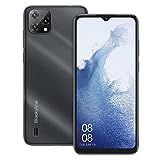 Just seven days into December, Honolulu has already measured over 93 times the amount of rainfall that fell in the city in November. Honolulu recorded 7.71 inches of rain just on Monday. Also on Oahu, the town of Kailua has measured over 1.6 inches of rain over the first six days of December, equaling over 12 times the amount that fell in November.

Elsewhere in the islands, the south side of the Big Island saw a 24-hour rain total of 8.70 inches while the southern coast of Maui experienced 11.28 inches in that same time period.

The Kona low has brought a host of unusual weather conditions to the islands over the last several days. As the low roared in late last week, gusty winds picked up throughout the area with some gusts predicted to hit up to 100 mph at the highest elevations. The mountain summits also were experiencing blizzard conditions in some of the highest reaches.

In addition to all of the precipitation and strong winds, chilly temperatures have also taken hold of the usual temperature climate. Honolulu recorded a record low of 56 degrees early Saturday. The mercury did not even hit 70 degrees on Sunday, the first time all year that Honolulu did not see this reading. Residents and tourists alike are scurrying to find sweaters and jackets to keep warm with the unseasonably cool temperatures.

One distinguishing factor of a Kona low is its propensity to change the usual east-northeast wind direction to the southwest. As a result of this change in wind flow, it is not unusual for heavy rain to inundate areas not accustomed to seeing significant precipitation.

While flood watches and warnings and wind advisories were not totally unexpected with this weather maker, the blizzard warning issued for the highest terrains of the Big Island certainly made people take notice. However, snow at the higher elevations of Hawaii is not as rare as you think it may be. While the blizzard warnings are now expired, the melt-off may cause even more flash flooding for the island.

This low will continue its trek to the west over the next few days. By the middle of the week, the most persistent rain will be more isolated in nature. For example, while the rain may still fall in spurts in Honolulu on Wednesday, it will pale in comparison to what the city experienced on Monday and Tuesday.

The firehose effect of heavy rain will be an issue for much of Kauai through Tuesday. However, by the end of the week, the weather will quiet down and residents will enjoy the return of drier conditions and the usual trade wind pattern.