While most weather watchers are looking toward the potential of a strong winter storm pushing through the Southeast, mid-Atlantic, and the Northeast for the second weekend in a row, there is another chance of wintry precipitation for the middle of the week for much of the eastern U.S.

The coldest air of the winter season so far will usher in the chance of a rapidly moving precipitation event. With snow still covering the ground in a large swath of the country, this precipitation will start to fall before the previous snow has a chance to melt. So while the new round of snow and ice may not be that severe in nature, it will serve to compound the already existing issue.

As the Arctic air plunges down from Canada on Wednesday, it will provide the necessary ingredients for this winter weather to fire up. There will be an area of moisture that is forecast to travel with the leading edge of the Arctic air in the cold front.

A mix of rain and snow showers may make for a messy Thursday morning commute for parts of the mid-Atlantic, including Washington, D.C., Baltimore, and Philadelphia. This wintry mix may stretch as far north and east as New York City and into Boston.

Snowfall accumulations will not rival what the region experienced over the weekend. Most measurements will be in the range of 1 to 3 inches. The greatest amount of snow will fall in the interior mountains of West Virginia.

It has already been a snowy start to the year for the nation’s capital. Over one foot of snow has fallen on Washington, D.C. this January, measuring the highest monthly snowfall total for the city since January of 2016. Over 18 inches of snow fell in that month, putting that record in reach with a few weeks left to go in January of 2022. 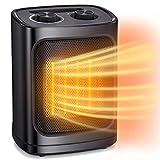 Although there is little to no snow expected to fall in areas to the south of Washington, D.C., wet roads due to rain may begin to freeze over as the mercury plummets with the arrival of the cold front. There is also the possibility of some of this rain changing to snow for a short time. Even a light accumulation of snow on top of the freezing rain could spell trouble for the Thursday morning commute on some stretches of interstates 40, 65, and 75.

Sidewalks may also ice up in this area of the mid-Atlantic. Be sure to take extra caution if walking to school with children on Thursday morning.

Over in the Gulf Coast, it will be the chance of severe thunderstorms grabbing the headlines. The arrival of the cold front may trigger these gusty thunderstorms in a stretch of area from the southeastern corner of Texas, into Louisiana, and through central Mississippi beginning late Wednesday afternoon. Although widespread tornadic activity is not predicted, an isolated twister or two is still possible.

This front will also bring some of the coldest temperatures of the winter season so far to the Gulf Coast. For example, the temperature in New Orleans may fall to freezing early Thursday morning.

The Upper Midwest and interior portions of the Northeast will see temperatures drop to below zero degrees as the Arctic air pushes through. As this cold air mass sets up in the eastern part of the U.S., another and more severe round of wintry precipitation will begin to form to end the week and kick off the weekend.