More Temperature Records Could Fall in the Northern Plains on Tuesday

Just when it starts to feel a bit like fall in the northern Plains, another round of unseasonably warm has residents shedding layers and reaching for the sunscreen. Temperatures are back on the rise in the northern tier of the nation with the possibility of more records falling in the coming days.

Brief Reprieve from Heat Over

A number of records may be challenged as summerlike weather moves back into the northern Plains through the end of the week. This weather pattern will be reminiscent of last week’s heat. Omaha, Nebraska, hit a record high on September 27 when the mercury soared to 93 degrees. Other areas of Nebraska set records for the latest 100-degree day in the year.

While the region saw a return to more seasonable conditions over the weekend, the hot weather from last week is back in the forecast. This weather pattern is simply a continuation of what the region saw for the majority of the summer. Multiple heatwaves gripped the area throughout June, July, and August.

Where Records May Fall This Week

The region most likely to see records during this coming round of heat includes parts of Montana. The forecast for Billings is in the middle 80s for Tuesday. The current record for this day in history is 85 degrees, set back in 1993. Forecasters are predicting that there is a good chance that this record may fall during the peak of the afternoon heat.

Other areas in Montana, including Bozeman, may also see record-breaking temperatures on Tuesday. This heat will extend eastward into parts of North Dakota. Bismarck is forecast to come close to the 90-degree mark. This could break a record dating all the way back to 1949.

In addition, Williston, North Dakota, is also likely to break a record with the temperature forecast to hit at least 86 degrees on Tuesday. Even if there are no official records that fall during this weather pattern, residents will surely recognize the rarity of such warm temperatures for early October.

Although the height of the heat is predicted for Tuesday, the unseasonably warm October weather is predicted to stick around through the end of the week. 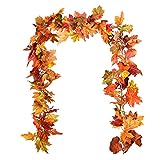 The new round of warm weather is being blamed on an area of high pressure that is moving over the Plains this week. A dip in the jet stream will pair with this high-pressure ridge to bring up the warm air from the southwestern corner of the US. As this heat moves to the north and through the Rocky Mountains, it will pick up even warmer air along the way to deposit over the northern Plains.

Because of the movement of the heat to the northeast, parts of Colorado, Wyoming, South Dakota, and Kansas will also be in the path of weather that is an extreme departure from normal. The heat will continue to expand to the east as the week progresses.

Some areas of the northern Plains have not seen any significant precipitation since August, exasperating the drought even further.

Because of the ongoing drought conditions and the threat of record-breaking heat, some areas are under a red flag warning, per the National Weather Service (NWS). This includes sections of Wyoming and the northeastern corner of Montana. Officials are asking residents to be mindful of the threat of wildfires, particularly if gusty winds kick up.