It did not take a scientific study for most Americans and Canadians to know that June of 2021 was the hottest June ever on record in North America. However, the Copernicus Climate Change Service (C3S) did just that.

The C3S is a scientific agency out of the European Union. According to their final analysis of June’s weather, the average surface temperatures in North America were roughly one-quarter of a degree Fahrenheit higher than the previous record for the month, set in 2012.

The C3S analysis also confirmed that the June 2021 average surface temperature was over 2 degrees higher than the normal range between the years 1991 and 2020.

While everyone on the East Coast might have thought that they were sweltering, it was really the West Coast that was baking in the June heat. A great part of the blame lays on the heat dome that camped out over the western US and southwestern Canada at the end of June. Not only were daily temperature records broken, but a handful all-time record highs were also recorded.

The mercury soared to 116 degrees in Portland on June 28, shattering the previous all-time record for Rose City. Before this record fell, the top temperature ever recorded in Portland was in August 1981 when the city registered 107 degrees.

Not to be outdone by its neighbor to the south, the city of Seattle also set an all-time record high when it hit 108 degrees. It is extremely rare for this duo of Pacific Northwest cities to come close to reaching 100 degrees. The temperatures felt even more miserable because the majority of homes in this region do not have air conditioning. 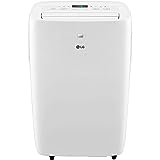 The heat was not limited to the US. Southwestern Canada also saw record temperatures as the heat dome refused to lift. The town of Lytton in British Columbia recorded a high temperature of 121 degrees Fahrenheit. This reading is the highest temperature ever recorded in the entire country of Canada, a testament to just how rare this heat event truly was.

This situation is being exacerbated by the ongoing heat. Climatologists are growing increasingly worried that this upcoming wildfire season will be more severe than ever because of the lack of precipitation coupled with the ongoing heat.

While it is difficult to measure the full toll of the June heatwave, officials estimate that there were over 100 heat-related deaths in Oregon and at least 57 fatalities in Washington state. In British Columbia, over 700 people died as a result of the sweltering heat.

The elderly and homeless populations were particularly vulnerable to the heat.

Experts also warn that these heatwaves are going to become more common as climate change tightens its grip on the plane.