The searing heat that pervaded the Northeast to end the work week is coming to an end this weekend with a dramatic cooldown and more chances of rain in store over the next few days.

The upcoming change in the weather is going to bring much cooler temperature readings to a bulk of the Northeast and the mid-Atlantic. The relief may even make it as far as the northern tier of the Southeast, delivering a break from what is typical August weather.

The change in the conditions comes after some parts of New York State and portions of New England saw the hottest temperature readings of the summer. For instance, the capital city of New York saw its hottest day since July of 2011. The mercury in Albany barely missed the century mark when it soared to 99 degrees.

The cooling temperatures will be triggered by an increase in moisture in the region, delivering cloudy skies and a greater chance of rain showers and thunderstorms. The days ahead will not be a total washout. The cloudy conditions will be interspersed with patches of sunny skies that will combine with humidity to raise real feel readings at times.

All of this change will be at the hands of a southward dip in the jet stream. As the jet stream pushes to the south, it will bring cooler air with it down from Canada throughout the next week. The initial movement in the jet stream early in the week will only bring a slight shift in the weather patterns. However, the mercury will really tumble as the dip becomes more pronounced later in the week.

How aggressive the jet stream moves will influence how far to the south the cooler air pervades. The most noticeable change in the readings will happen beginning Wednesday and continuing through Friday.

Some parts of the interior Northeast are forecast to see temperatures that measure up to 12 degrees cooler than what is on tap for this weekend. For example, the temperature may struggle to get out of the 70s in some areas of the interior Northeast by the end of next week. While this may still seem warm, the cooldown will feel particularly noticeable for those areas that have experienced stifling heat and humidity over the last several weeks.

Not as Cool in Coastal Areas and Through Interstate 95 Corridor 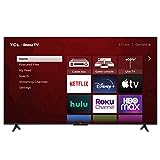 The swing in temperatures is not forecast to be as severe throughout the populated Interstate 95 corridor and the coastal areas of the region. This is because the impacts of the warm waters of the Atlantic Ocean and normal urban heating tends to keep the temperatures elevated. While temperatures will still move in a downward trajectory in cities such as Baltimore, New York City, and Boston by early next week, it will still feel very much like August with readings topping out in the mid-80s.

The nighttime lows will be all over the map depending on elevation. Some residents will be lucky enough to give their air conditioners a rest because of the cool overnight lows. The lows may drop as low as the 40s across the higher terrains of Pennsylvania and through New England into Maine. Some of the northern and western suburbs of the I-95 corridor may see readings plummet into the upper 50s with the bigger cities hanging out in the upper 60s after the sun goes down.

The good news is that this change in the weather pattern will also bring lower humidity levels to much of the region. The end of the week will bring a decrease in the mugginess. This break is forecast to spread as far south as the Carolinas and the northern tier of Georgia. Temperatures will also dip slightly when compared to the last few weeks.

What About the Chance of Rain?

The shift in the weather will bring a greater chance of precipitation that will migrate from the Ohio Valley and into the central Appalachians before moving into the Southeast. Unfortunately, this is a region that has been hit particularly hard by drenching rains over the last few weeks. The rainfall associated with this system could be enough to trigger more flash flooding concerns over several days next week.

The Northeast is forecast to see sporadic thunderstorms next week as the cool air comes down from Canada and collides with the warm and moist air already in place. Those heading out to the Atlantic beaches next weekend may want to keep an eye on the forecast. Storms are a good possibility by the weekend for this stretch of sand.

Looking Ahead to the Middle of August

Those who want the heat of summer to stick around will be happy to hear that the jet stream is forecast to retreat back to the north by the middle of August. This movement will usher in building heat and humidity throughout the eastern half of the U.S. The summer is showing that it is not over yet just as kids start to return to the classrooms.