It has been the tale of two seasons for the Northeast over the last few weekends. While Memorial Day weekend brought record cold temperatures, rain, and dreary conditions, the first weekend in June followed with a bit of a heatwave. This heat and high humidity has continued into the week, however, is another change in the weather on the way?

Cooler and Drier Air on the Way

A blast of cooler and drier air is on the way for the Northeast and the mid-Atlantic later this week. This will spell relief for those areas that have been baking in the heat and humidity that have been the primary story for the past several days.

While the temperatures that this front brings will not be that far below normal, it will likely seem like a drastic change compared to the unseasonably hot weather of the last week. For example, Boston has been in the 90s since last Saturday, however, the high is only expected to reach the mid-70s on Thursday. Friday’s high will be even cooler.

Some cities will struggle to get out of the 60s for daytime highs on Friday. This rapid cooldown will largely be due to easterly winds that move through at the end of the week, affecting many coastal areas stretching from Maine down into New Jersey.

The winds will combine with widespread cloudiness to suppress the mercury. The lower levels of humidity will also make the temperatures seem even cooler.

The arrival of the backdoor cold front will also bring a greater chance of precipitation. The highest chance of rain will happen when the cool and dry air from the front meets with the warm and humid air currently in place. 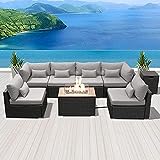 Thursday will bring a chance of widespread showers and thunderstorms in many of the most populated cities in the region, including Philadelphia and Washington, DC. The chance of rain will move farther to the south on Friday. Meanwhile, it will begin to dry out in New England and the upper Northeast.

Looking Ahead to the Weekend

Most regions will see the coolest day of the week on Friday. As the weekend continues, temperatures will begin to rebound and the skies will start to clear. Most areas of the Northeast will be dry for the entirety of the weekend with the exception of a lingering shower or thunderstorm early Saturday.

Temperatures will moderate with most readings in the upper 70s and lower 80s throughout the Northeast. These readings will be close to the average for the middle of June. This seasonable weather is expected to continue through early next week.