Northeast Heatwave Will End Soon Thanks to Cooling Rains

The first major heatwave of the summer season in the Northeast is going to take a hit later this week when storms move into the region, cooling the temperatures and bringing relief to those already tired of the hot weather.

The past weekend brought unseasonably warm temperatures to the Northeast. Central Park in New York City broke the 90-degree barrier for the first time this year. Many areas also saw record high temperatures broken with most of the records falling on Sunday.

For example, a record high of 97 degrees was the story in Newark, New Jersey, on Sunday. This broke the previous high of 94 degrees set back in 2010. Just down the road in Queens, New York, the borough saw a record high of 95 degrees. Even areas as far north as Vermont saw temperatures in the 90s.

Heat to Hang On a Bit: The heat stuck around on Monday with more warm weather expected for Tuesday throughout the region. The mercury will hover about 10 to 15 degrees above average for this week in June for much of the Northeast and the mid-Atlantic. The heat is forecast to persist through Tuesday.

The nation’s capital will be at the center of this heatwave. Washington, DC should see real feel temperatures in the upper 90s throughout Tuesday and Wednesday. This forecast is prompting weather experts to warn residents to be cognizant of the increased risk of dehydration and other types of illnesses related to excessive heat.

Why the Increase in Real Feel Temperatures: Part of the reason that the air will feel so oppressive is due to an increase in humidity levels. While the mercury was rising over the weekend, the humidity levels remained low. However, that is about to change early this week as more moisture moves up from the Gulf of Mexico.

This increase in the humidity will automatically make the temperature feel warmer than it really is. The boost in humidity began on Monday and will continue for the next few days. 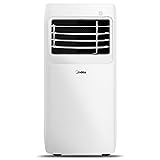 Chance of Thunderstorms Accompany Rise in Humidity: As the conditions become more humid, there will also be a greater chance of thunderstorms and showers erupting throughout the Northeast. The good news is that this should bring a bit of relief to those tired of the heat.

A high-pressure system centered over the western Atlantic will keep storms onshore, delivering precipitation to many areas of the East Coast. While the Southeast saw the brunt of the storms on Monday, the Ohio Valley will be in the bullseye throughout Tuesday. A long line of storms stretching from Arkansas to southern Ohio will affect the region on Wednesday. Because these storms are predicted to move slowly, there will be a high chance of flooding due to the drenching and persistent rain in localized areas.

Looking Ahead: While it will sizzle this week, there is relief on the horizon by the end of the workweek. A cold front is predicted to move through the northeastern corner of the US at the end of the week. This front will deliver seasonable temperatures just in time for the weekend.

As this front moves farther to the south, it will also bring cooler weather to the Ohio Valley and into the Carolinas. New York City should be back around 70 degrees on Friday with temperatures in the upper 60s expected for Boston to kick off the weekend.

Conditions are expected to remain generally dry through the weekend for the Northeast and beyond.