A powerful atmospheric river is making a significant dent in the drought conditions that have been persistent throughout much of the West Coast. A bomb cyclone that formed last week out in the Pacific Ocean is now moving into the northwest corner of the US bringing heavy rain and gusty winds.

Flooding the Story for Sunday

It was a rough Sunday for much of Northern California as numerous events of widespread flooding began to roll in. An apartment building and nearly 100 homes in Santa Rosa needed to be evacuated due to flooding on the roadways. Water rescue crews were dispatched to evacuate some of the stranded residents.

A suburb of Portland, Oregon, was also subject to flash flooding as heavy rains descended on the city. The police department of Hillsboro was forced to issue a warning to residents about flooded roads filled with debris.

While Sunday delivered the brunt of the bomb cyclone, scattered isolated rain showers were the story for the last several days for much of Northern California, Oregon, and Washington state. It has been raining every day for nearly a week in Redding, California. This is highly unusual for a part of the state that is generally dry. Many of the cities in Northern California are well ahead of the normal pace for rainfall this month at the hands of the atmospheric river in place over the region.

So what exactly is an atmospheric river? This weather phenomenon is best described as a firehose of intense moisture that drops significant amounts of rain to the lower elevations and snow in the higher terrains. This atmospheric river is unleashing its massive amounts of moisture to the northern and central parts of California and up into Oregon. The heavy precipitation is expected to continue through Monday.

Forecasters are predicting that rain may fall at a rate of up to two inches per hour for several consecutive hours. Rainfall measurements of four to eight inches are on tap for this region, particularly in the western-facing slopes of the mountainous region located to the north of San Francisco. The foothills of the northern Sierra could see up to 16 inches of rain in a 48-hour period until late Monday night.

The state capital of Sacramento has also been under the deluge of this rainfall in recent days. The city is forecast to potentially see over four inches of rain. Fans at the Sunday night NFL football between the San Francisco 49ers and the Indianapolis Colts in the Bay Area were forced to deal with heavy rains and strong winds throughout the entire competition.

Along with the drenching rainfall came damaging wind gusts. A strong storm blew into the Seattle area on Sunday afternoon, bringing down trees and power lines and causing widespread power outages. By late Sunday, over 100,000 people were without power in Washington. Approximately 28,000 customers lost power in Oregon with over 160,000 in the dark in California.

Not surprisingly, this line of powerful storms also snarled air traffic. Officials at San Francisco International Airport confirmed at least 50 flight cancellations and over 300 delays of both outgoing and incoming flights on Sunday. The air travel disruption was in addition to all of the car accidents that were blamed on the dangerous downpours.

A constant parade of storms has been moving through the northern Pacific in recent days thanks to the bomb cyclone churning in the waters off of the coast of British Columbia. The cyclone officially formed on Thursday, mimicking the appearance and wind speeds of a hurricane. On this day, the central atmospheric reading of the storm dropped to 28.08 inches of mercury. This drop from 29.12 inches on Wednesday was enough of a change to distinguish it as bombogenesis, a rare weather occurrence when a storm’s central pressure plummets by at least 0.71 of an inch of mercury over a time period of 24 hours or less.

While Northern California is seeing the worst of the rain, the strongest winds are being felt farther to the north near the coastal areas of British Columbia, Canada. Gusts of up to 100 mph were reported in some areas, equaling the strength of a Category 2 hurricane. Waves reaching as high as 35 feet were also reported in some of these coastal areas of British Columbia.

This extremely active weather pattern is also responsible for significant snowfall now falling in the higher terrains of the Cascades and the Sierra Nevada. This snow began to fall when the colder air associated with the storm moved in and combined with the precipitation. While the snowfall level stayed around 8,000 feet on Sunday, this will fall to 6,000 feet during the day Monday.

Forecasters are predicting a massive amount of snow of 60 to 100 inches at elevations above 8,000 feet in the Sierra Nevada. This is great news for the ski resorts in this area gearing up for the opening day.

However, the snow will spell trouble for many roadways. Located about 40 miles west of Reno, Nevada, I-80s Donner Pass may experience travel difficulties when up to two feet of snow falls along the heavily trafficked roadway.

The current heavy rainfall is hitting Northern California about one month earlier than this weather usually sets in. This is good news for firefighters still working the frontlines of the state’s wildfires. The persistent rain is a boon for finally putting this wildfire season to bed.

According to the National Interagency Fire Center (NIFC), the 2021 California wildfire season has been responsible for the burning of 1.9 million acres. Of the 17 massive fires still burning in the US, eight of these are in California. 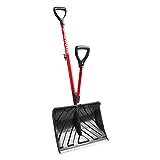 The downside of this rain is that if it comes on too quickly, it could trigger mudslides along the burn scar areas of the wilderness touched by the fires. There were a series of mudslides reported on Sunday in these areas, including a landslide that forced the closure of a highway in Plumas County, California, at the site of this summer’s massive Dixie Fire.