With the first day of August right around the corner, the peak of the Atlantic hurricane season is also nearing. Despite a lull in recent activity in the Atlantic Basin, it does not mean that the season will pass by without creating havoc. What do you need to know about tropical weather trends and what you can expect in the coming months?

Not Unusual for Tropics to Go Quiet in July

The Atlantic Basin has gone relatively dormant since Tropical Storm Colin fell apart off the coast of North Carolina at the beginning of July. It is important to note that this period of quietness is typical for July. There were no named storms in this part of the Atlantic for over one month between early July and early August in 2021 as well.

While the official Atlantic hurricane season runs from the beginning of June through November, it typically takes some time for the storms to truly fire up in size and intensity. The season generally begins building in August before flaming out by the middle of October. This means that the Atlantic Basin is now entering the time period in which you can expect the highest number of named storms. August and September are also when you can expect the most powerful storms to take root.

There are a number of factors that impact the predicted tropical weather ramp-up that typically occurs starting in August. This is the time of the year when the easterly waves coming off of Africa tend to develop. It is these waves that trigger the formation of many of the tropical storms and hurricanes that journey across the Atlantic.

In addition, the Saharan air layers that often hinder tropical development in the central and eastern portions of the Atlantic Basin also tend to dissipate by August. This makes it more likely that the waves coming from Africa are able to pull up moisture to lead to future development. Wind shear is also more likely to fall apart in the latter part of summer, allowing storms to stay together rather than be broken apart.

The rising sea-surface temperature readings provide a fertile environment for tropical storms to form. As the water temperatures reach their peak, it makes sense that potential tropical storms are able to draw on this energy to grow.

All of these factors serve as fuel for tropical activity, raising the odds that some of these storms will grow and head toward the Caribbean and threaten the coastline of the U.S. 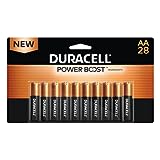 If you have not started your hurricane preparation, now is the time to do so. Here are a few of the most important things to do now as the peak of hurricane season approaches.

By following all of the tips, you will be ready for what the rest of the summer may bring in the Atlantic Basin.