Heat Will Peak Midweek Before Cooler Temperatures Come Back

Just when you think the calendar is turning to fall, another blast of summer is here for the Midwest and Northeast this week. Several cities throughout this region of the US may hit the 90-degree mark this week as the mercury soars.

What felt like an early arrival of fall for cities from Chicago through Detroit and New York City is now over. With highs only in the low 70s to end the week, residents of the eastern half of the US were reaching for jackets and warm drinks. However, the weekly forecast indicates that another round of summerlike temperatures is in store for this region coming up this week. In addition to the heat, the humidity will also be a factor contributing to an increase in real feel temperatures.

Temperatures will be well above normal for the next several days for much of the Midwest and Northeast. The average highs for the middle of September range from the low 70s in the Great Lakes and northern tier of New England to approaching 80 degrees down in the mid-Atlantic. The overnight lows range in the 50s this time of the year.

However, the highs this week are forecast to climb into the upper 80s for some of the biggest cities in the Midwest and through the mid-Atlantic. Some areas may even hit 90 degrees by the time this last blast of heat is over.

Along with the higher humidity, real feel temperatures will be near 90 degrees in New York City on Monday. Moving farther south, the real feel will be even warmer with some areas seeing readings in the middle 90s in the mid-Atlantic.

Why the Change in Weather Pattern?

The warming trend is being credited to a lift in the jet stream, giving room for the temperatures and humidity levels to increase over the next few days. A dome of heat that has been hovering over the western US will be displaced and moved to the east, bringing warmer temperatures to the Plains and the Midwest. 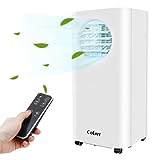 As this dome of heat is moving to the east, an area of high pressure will expand through the East Coast. These factors will spread warm and humid air across the eastern third of the country.

When Will the Heat Peak?

Most of the Midwest will see the hottest temperatures on Monday and Tuesday. As the heat expands to the east in the middle of the week, those locations will see the warmest conditions on Wednesday. This means cities such as Indianapolis, St. Louis, and Louisville will peak by Tuesday. Conversely, New York City, Boston, and Washington, DC will see the highest readings on Wednesday.

Many of these cities have already beat their average number of days with the mercury hitting at least 90 degrees this summer. This next wave of heat may add to this tally to close out the season.

When Will the Pattern Change?

How long will the summerlike weather hang around? Do not put away your jackets for long. This last gasp of summer will be short-lived. A change in the jet stream pattern will bring about cooler weather to close out the week.

A chance of afternoon showers and thunderstorms will bring relief from the heat. The cooler temperatures will be back by the end of the week