Rain continues to inundate the South and Gulf Coast with flash flooding a major concern for some areas. Unfortunately, it is going to be a wet go for several more days in this region of the US.

What is most shocking about Monday’s rainfall in Lake Charles is that the event actually exceeded the amount of rain recorded during both of last year’s hurricane events combined. There was officially 12.41 inches of rain recorded on Monday, making it the third-wettest day on record for the city dating back to 1895.

Lake Charles has now recorded over 15 inches of rain in May. This amount is almost six times the normal amount of rain at this point in the month.

Knowing all of this, it is not a surprise to learn that residents of Lake Charles are having a hard time navigating this heavy rainfall. Drainage systems everywhere were having difficulties keeping up with the deluge, leading to major flooding issues. Residents were forced to use kayaks to get around, vehicles stalled on flooded roads, and front yards became ponds as the rain continued to fall into the evening hours.

The National Weather Service (NWS) made the rare decision to issue a flash flood emergency at the mid-day mark on Monday. The NWS warned that residents needed to seek higher ground immediately.

Why the Heavy Rain?

A front that stalled over southwestern Louisiana on Sunday night is being blamed for the unprecedented amount of rain. As the front dug in its heels over the region, moisture from the Gulf of Mexico came up to deluge the area. This air from the Gulf will continue to push upward, fueling more rainfall through the end of the week. 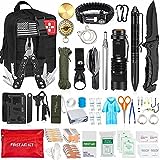 Forecasters warn that it may take weeks for the floodwaters to finally recede back to normal levels. Because of this, it is likely that business and commerce will be affected in the coming days. This may include the production and distribution of petroleum.

It is going to be a soggy week for the region with more rain in the forecast. Up to four inches of rain is expected for the far southern reaches of Texas through central Louisiana. The waterways most at risk of flooding include the Calcasieu River, the Bayou Dorcheat, the Sabine River, and the Naches River.

Widespread rainfall will stretch as far north as Illinois and as far west as Colorado in the upcoming days. The highest amount of rain will fall throughout eastern Texas southward into Beaumont. This region may see up to a foot of rain by the time conditions begin to dry out.

The South Central states will continue to see the majority of the storm action. The thunderstorms will move slightly to the southwest as the week continues. Severe thunderstorms dumping an abundance of rain are expected stretching from Little Rock, Arkansas, to McAllen, Texas. The greatest chance of these storms will be on Wednesday and Thursday.

Forecasters are warning motorists that road conditions can quickly change with this type of heavy rainfall. As always, you should never drive on a submerged roadway thinking that your vehicle will clear it. When in doubt, turn around and find an alternate route.