Records were shattered across the West Coast this week as an early heatwave stretched across a large region. Where were the records falling and when can this area begin to see relief from the searing heat?

While the East Coast shivered and tried to keep dry over the Memorial Day weekend, the West Coast was just starting to bake. A large area of high pressure began building over the weekend and expanded northward on Monday and Tuesday. Redding, California, recorded a high of 109 degrees on Monday, breaking the previous record of 103 from 2016.

The capital city of Sacramento also saw a record fall on Memorial Day when the mercury soared to 105 degrees. The previous record was 103 set back in 2001. This temperature reading also tied Sacramento’s all-time record high for May.

There will be no relief for these cities until the weekend at the earliest. Redding is forecast to stay in the triple digits until at least Saturday while Sacramento will not drop out of the 90s for daytime highs.

It will be a scorcher in the desert for the rest of the week as well. While triple-digit readings in Las Vegas are not that uncommon for early June, the temperature is predicted to move up even further with readings nearing 110 degrees by the weekend. As a result of this forecast, Sin City is under an excessive heat warning.

Heat Stretching into the Pacific Northwest 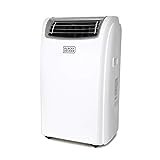 As the high pressure began its buildup, the heat began pressing farther to the north by the middle of the week. Cities such as Seattle, Portland, Salt Lake City, and Boise all saw temperatures up to 20 degrees above normal for this time of the year.

Forecasters are warning residents of these northern tier cities to exercise caution when spending time outdoors. Because this is the first real heatwave of the season, it may take the body longer to acclimate to the extreme change in temperatures.

While the bump in the mercury may be welcome news for those people who are ready for summer to begin, the sudden increase in heat is not a good sign for these areas that are currently experiencing drought conditions. While there are no persistent high winds in the forecast in the coming days, the dry ground combined with the heat and low humidity levels will automatically raise the risk of fire danger.

This was proven on Wednesday afternoon when a wildfire erupted west of The Dalles in the Columbia River Gorge. The fire forced the closures of sections of both I-84 and US 30. A mobile home park, an apartment complex, and the Port of the Dalles were evacuated because of the encroaching fire.

When Will the Heat Break?

The heat will begin to break in the extreme northern parts of the Pacific Northwest on Thursday. By the weekend, the region will be seeing temperatures about 10 degrees below normal, marking a swing of about 30 degrees in some areas. Wetter conditions will accompany the cooldown in Seattle and beyond.

However, the heat is expected to stick around at least through the weekend for areas farther to the south and into the Desert Southwest.