Short Burst of Intense Heat Will Impact the Northeast This Week

Some parts of the Northeast may experience the hottest weather of the year as the mercury spikes on Thursday. While the surge of heat will not hang around for a lengthy period of time, its intensity could bring the warmest readings of the summer to areas of New York and New England.

Some daily high records may fall as the temperatures climb into the upper 90s and potentially triple digits. The temperatures are already on the upswing in many places with Thursday predicted to be the peak of this heat.

Heat advisories have been issued for the southeastern corner of Pennsylvania, including Philadelphia, and a bulk of New Jersey. Parts of southwestern New England, including Boston, are also going to be under a heat advisory beginning at 11 am local time Thursday and lasting through 8 pm Friday.

New York City may see readings in the mid-90s by Thursday. The hottest it has been in the Big Apple so far this summer has been 95 degrees. Although Newark, New Jersey does not anticipate breaking the previously recorded high of 102 degrees from July 24, it will still be mighty toasty just across the Hudson River with a forecast high in the upper 90s on Thursday.

Forecasters are predicting that the worst of the heat will be in Upstate New York and into New England. The lack of moisture and a robust breeze from the southwest will deliver unseasonably warm conditions for this part of the U.S.

Where Will Daily Records be in Jeopardy? 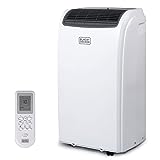 It is under the realm of possibility that Albany may see a reading of 100 degrees or higher on Thursday. The warmest reading of the year has been 97 degrees in the state capital. The record high in Albany for August 4 is 98 degrees, putting this well within reach on Thursday.

Hartford is another city where a record may fall. The record for August 4 is 96 degrees, dating back to 1944. Forecasters believe that the Connecticut city will climb into the upper 90s, potentially shattering this benchmark. The warmest that it has been in Hartford in 2022 is 97 degrees.

The record high of 96 degrees for this date in history is also in danger of falling in Boston on Thursday. This record goes all the way back to 1928.

While it will certainly feel unseasonably warm to the north, parts of the mid-Atlantic may also see some seasonal high readings. Washington, D.C. has yet to break through the century mark, reaching 99 degrees on just one day in July. The nation’s capital may finally see a triple digit reading on Thursday.

It may be the same situation in Philadelphia with the City of Brotherly Love bracing for its first day at 100 degrees or higher. The 1995 record of 98 degrees may also fall on August 4 in Philadelphia.

In addition to the surge of heat, humidity levels will also rise in the coming days. This will make the real feel readings even more miserable for many people. The peak afternoon heating hours on Thursday will deliver the greatest danger with some real feel readings hitting between 105 and 110 in many areas.

Not all of the Northeast will see temperatures soar into the 90s. Areas located inland could experience slight ripples in the jet stream that will keep the mercury somewhat suppressed. While it will still feel like summer, some interior areas of the mid-Atlantic and New England may escape with readings in the 80s.

Looking at the long-range forecast, experts are predicting that the long heat wave of July will not be matched for the rest of the summer. Although there will be times of readings in the 90s, rainier conditions will likely keep the formation of a heat dome at bay. The arrival of the peak of the Atlantic hurricane season may also deliver muggier conditions in the coming weeks up and down the Eastern seaboard.