The chance of tropical weather out in the Southeast is happening as the Upper Midwest and northern Plains continue to get slammed by severe storms. Here is a look at what areas of the country may experience stormy conditions over the next few days.

A massive storm system that moved off into the Atlantic Ocean last week is forecast to make a turn back to the west later this week, bringing heavy rains to the Southeast. The storm is currently stalled off of the Atlantic coast with the potential of taking on tropical characteristics. Should this system develop these tropical characteristics, it would become the first named storm of the 2022 Atlantic hurricane season.

Even if the system does not develop into a named storm, its impacts are still being felt up and down the Eastern Seaboard stretching from New Jersey down into North Carolina. Coastal areas in this stretch of land experienced strong wind gusts on Tuesday, hitting over 50 mph in the hardest-hit places. The region is also under the threat of strong rip currents, beach erosion, flooding, and rough surf conditions. The gusty winds are expected to continue for the next few days with the highest gusts hitting along the coast of North Carolina.

The impacts to the coastal areas will spread to the south by the end of the week, reaching as far as Florida. Rough surf will be the norm for cities such as Atlantic City, Virginia Beach, Charleston, and Daytona Beach. In addition, these areas may see coastal flooding as a result of onshore winds pairing with tides that are higher than usual. A great part of the mid-Atlantic and Southeast coastline will experience water levels that will likely rise several feet above normal.

Exercise Caution if Headed to the Beach

This is also not a good week to head into the water. Forecasters are warning of strong rip currents, particularly along the Southeast coast. However, these dangerous currents will stretch as far north as New England. Even if you are lucky enough to live in an area to the south where the ocean waters are warming up enough for swimming and surfing, the rip currents will make this a potentially dangerous venture.

This storm system is forecast to deliver showers and thunderstorms to an area stretching from New Jersey into Florida by the end of the week when it turns back to the west. Although the Northeast is growing tired of the dreary rain, the precipitation is much needed in the Southeast. Much of this area is under the throes of a moderate drought designation, according to the categories assigned by the U.S. Drought Monitor.

Despite the welcome arms for the rain in this corner of the country, some areas may see a higher risk of flash flooding. Even if the system does not develop into a tropical event, heavy rain is expected over some of the Carolinas and Georgia by late in the week. 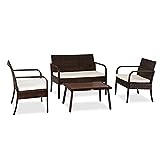 In a departure from normal for this time of the year, the interior Northeast is expected to see warmer temperatures while the Southeast coast experiences more seasonable readings at the hands of the increase in cloud cover and cooling rain.

Forecasters maintain that there is only a small chance that this current system takes on tropical characteristics. Should intensification occur, it would likely happen at the end of this week or into the weekend. The major influence of whether or not the development will occur is the temperature of the water surrounding the system. It is still early in the season, meaning that the water temperatures may not be warm enough to support tropical development.

There is also the chance that the system becomes a subtropical system. This happens when a storm takes on tropical traits while simultaneously maintaining some non-tropical conditions. This type of system can feature both warm and humid air and cool and dry air within the same storm.

Alex is the first name up on the list maintained by the National Hurricane Center (NHC). Although the official start to the Atlantic hurricane season is not until June 1, the last seven years have seen pre-season named storms.

Stormy in the Upper Midwest and Northern Plains

As the Southeast gears up for the potential of severe storms, the Upper Midwest and northern Plains will see their own share of inclement weather on Wednesday. A disturbance in the jet stream will push hot air to the west, bringing a chance of severe weather to an area stretching from northeastern Nebraska to the north and east into Ontario, Canada. Cities in this impact zone include Sioux Falls, Minneapolis, and Duluth.

The line of storms will deliver a range of weather conditions, including isolated tornadoes, hail, heavy rains, and strong winds. The greatest chance of storms erupting will be Wednesday afternoon and evening.

As the current dip in the jet stream moves to the east, more storms are expected to take root and move farther to the south than Wednesday’s activity. This stretch in inclement weather may shift as far as Oklahoma, encompassing cities such as Omaha and Wichita.

Heavy rain is expected to pound the Red River Valley of the North, bringing a chance of flooding to the storm-weary northern Plains. Wind gusts of up to 100 mph are possible along this valley.