A tornado touched down in a small Kansas town on Monday evening, causing widespread damage and injuring one person. This tornadic event was just one of many over the last several days with more severe weather on the way for the upcoming week for a large part of the central US.

Selden, Kansas Twister: According to Sheridan County Emergency Management, a tornado touched down in Selden, Kansas, at around 6:30 pm on Monday evening. The twister damaged several buildings and homes, including a silo. Numerous trees were uprooted as the tornado blazed its path. Preliminary reports indicate that it was either an EF-1 or EF-2 tornado.

That Time of the Year: In addition to Monday’s tornado, there were eight tornadoes confirmed on Saturday throughout the region with more reported touchdowns on Sunday. According to the National Weather Service (NWS) and its Storm Prediction Center (SPC), there have been at least 30 reported touchdowns in the last two days. More severe weather is on the way this week, bringing the additional threat of hail, thunderstorms, and tornadoes.

Storms to Kick Up on Tuesday and Continue Through Week: A steady stream of moisture coming up from the Gulf of Mexico will bring more chances of storms to the central US on Tuesday and beyond. There are high wind advisories in effect for the Upper Plains states through the end of the day Tuesday, including most of the Dakotas.

Other cities expected to see the brunt of these winds include Amarillo, Texas, and Oklahoma City. Along with the winds, thunderstorms will be a primary threat. The line of storms will stretch from the central and southern Plains through West Texas. Cities in the bullseye for severe weather on Tuesday evening include Oklahoma City, Wichita, and Kansas City. There is a second cell of storms expected to crop up farther north in places such as Eau Claire, Wisconsin, and Rochester, Minnesota.

Flooding Risk Continues: The south-central states and the western portion of the Gulf Coast continue to get hammered with heavy rains, elevating the risk of flooding throughout the region. The consistent flow of moisture from the Gulf of Mexico is bringing plenty of rain to Texas and Louisiana. Because the ground is already saturated from over a week of persistent rain, it will not take much additional precipitation to cause flooding.

Moving into Wednesday: On Wednesday, the cold front will continue its movement to the east, bringing the threat of storms all the way to the eastern Great Lakes stretching into the Middle Atlantic and the Northeast. While this will extend the potential of severe weather to the East Coast, the threat will not yet exit the Plains. The biggest threat of this weather system will be strong winds and large hail. 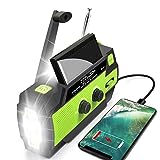 The most significant chance of severe weather in the Plains on Wednesday will be centered over eastern Wyoming, Nebraska, and northern Kansas.

Cooling Temperatures: Along with the explosion of storms, the advancement of the front will also bring cooling temperatures to much of the Upper Plains and Midwest on Wednesday night. Wet snow and sleet may be a possibility in parts of North Dakota in the overnight hours on Wednesday as the mercury dips to levels up to 20 degrees below normal. This chance of wintry precipitation will set up over northern Wisconsin on Thursday night as the cold air treks eastward.

Thursday Storms: The storms will not let up on Thursday. The bulk of the day’s activity is expected to be in and around Oklahoma, Kansas, and Missouri. Residents in Oklahoma City, Tulsa, Wichita, Kansas City, and St. Louis need to be ready for another round of severe weather as the Memorial Day holiday weekend approaches.