Tornadoes, Strong Thunderstorms, and More Expected in South and Beyond on Wednesday

Approximately 50 million Americans are under the threat of severe weather on Wednesday as spring rears its stormy head once again.

A powerful weather system that started on the West Coast is now bringing severe weather to a large section of the Gulf Coast. This is the same area that was impacted last week by a tornado outbreak. This week’s severe weather is forecast to stretch even farther to the north, affecting the Mississippi and Tennessee valleys throughout the day Wednesday and into the evening hours.

The storms will impact an area from eastern Texas all the way through the Gulf Coast and into the Florida Panhandle. The risk of severe weather will also stretch as far north as Illinois. The greatest risk for storms will be in the afternoon and evening hours, however, some severe weather may linger through the night.

This weather maker will bring a variety of conditions to the region, including strong winds, heavy rains, flash flooding, large hail, and the risk of isolated tornadoes. The area most likely to experience a tornado outbreak is the Gulf Coast region from central Louisiana through Mississippi and western Alabama.

The cities to see the severe weather ignite first include Little Rock and Memphis. The storms are predicted to move from west to east throughout the day, reaching areas such as New Orleans by the afternoon hours. The Big Easy is still cleaning up from last week’s storms, including the aftermath of an EF3 tornado that hit just as the sun was setting.

Anticipating a high threat of damaging winds, the National Weather Service (NWS) issued a high wind warning for Wednesday in southern Louisiana. This NWS warning generally only happens when the area is under the threat of a hurricane. However, the NWS said that it was worried about strong winds tearing off the tarps that are covering so many of the structures in the New Orleans area after last week’s damaging storms. 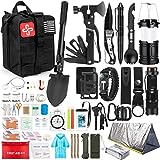 In addition to the threat of high winds, the Bayou will also be dealing with the potential of flash flooding concerns on Wednesday. A wetter than usual March has left many of the waterways at high levels, increasing the risk of flooding.

The storms will eventually spread into the populated cities of Nashville and Birmingham by the end of the day Wednesday. The system is forecast to move at a fast clip, picking up speed on Wednesday night. While this speed will mitigate the threat of flooding, it also comes with the downside of moving so quickly that people in the path will not have as much time to react to the severe weather.

Most concerning to meteorologists is the threat of nighttime tornadoes with this system. Twisters that strike under the cover of darkness bring a new set of dangers because they are much more difficult to spot, leaving some people with no warning. Because this system is expected to spawn thunderstorms in the overnight hours, the formation of tornadoes is always a possibility.

Experts advise people under this threat to keep their smartphones charged with all weather alerts enabled. In addition, it is a good idea to keep a flashlight and a pair of shoes near your bed as an extra layer of precaution.

This threat of severe weather will move farther to the east on Thursday, impacting the Eastern Seaboard. As with Wednesday’s conditions, the system will bring hail, flash flooding, and high wind concerns. The system is finally expected to move out into the Atlantic Ocean by Friday, bringing a brief period of calm weather.