As of Wednesday morning, what was once Hurricane Nicholas was still bringing heavy rain and the potential of flooding as a tropical depression along the Gulf Coast. Meanwhile, forecasters with the National Hurricane Center (NHC) are busy monitoring a number of tropical developments in the Atlantic basin.

The slow-moving storm was crawling to the east and northeast at a speed of just 5 mph. Maximum wind speeds are clocking in at 30 mph. The slow-moving rainmaker is forecast to drop up to 20 inches of rain in some areas of the upper coast of Texas and into Louisiana.

Galveston, Texas, experienced some of the worst of the rainfall with measurements up to 14 inches over the last 48 hours. Houston is also under the gun with rainfall amounts forecast in the range of 8 to 12 inches. This could spell bad news for a city that is known for its propensity to experience flooding. Because the city is built on soil composed of mostly clay, it is not easy for water to drain when the rains come quickly.

While the wind was not the major storyline of this storm, the gusts were enough to knock out power for over 500,000 customers in the region at the height of the activity. By Wednesday morning, there were still at least 120,000 customers without power.

Unfortunately, the effects of Nicholas could slow down the power restoration process in areas of the Gulf Coast that were hit hard by Hurricane Ida two weeks ago. The Category 4 storm killed power to over one million people when it roared onto shore in Louisiana on August 29.

The NHC is keeping close tabs on a tropical feature, currently dubbed 96L, as it moves toward the North Carolina coast. The region of unsettled weather is likely to develop into a tropical depression and approach the Carolinas sometime on Thursday. As it moves closer, it will bring the threat of heavy squalls and rough seas to the southeastern US coastline. 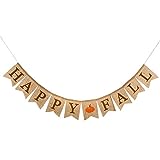 As the week continues, the area of showers and thunderstorms is beginning to exhibit more organization. The area of low pressure is currently positioned a few hundred miles to the northeast of the Bahamas. Environment conditions in the area will give this feature a chance to develop into a tropical depression as it moves to the north and northwest over the next few days. The NHC puts the chance that this feature develops into a tropical depression over the next 48 hours at 60%. The chances jump to 70% when looking five days ahead.

The waters in this area of the Atlantic ocean are hovering around 80 degrees. The general consensus is that tropical features thrive in waters of at least 78 degrees.

While the forecast trajectory of the system does not indicate that the US will see a direct landfall, the feature will bring the chance of heavy rain bands and gusty winds to a large area of the East Coast. The Outer Banks of North Carolina are particularly vulnerable to tropical-storm-force wind gusts and downpours beginning late Thursday and continuing into Friday.

There are a few different weather systems at play that will affect the steering and development of 96L. A dip in the jet stream could pick up this system and take it toward the coast of New England by the end of the week. There is also the possibility that this system will stay far enough to the east that it does not affect the mid-Atlantic and Northeast in significant ways.

Another tropical wave has developed off of the coast of Africa, located a few hundred miles to the south and southwest of the Cabo Verde Islands. This area of low pressure is producing a series of disorganized showers and thunderstorms. The wave is expected to encounter environmental conditions conducive to further development in the coming days.

This wave is forecast to track to the west and northwest across the tropical Atlantic. The NHC gives this wave a high chance of developing into a tropical depression over the next 48 hours. While it is still an ocean away from the US, forecasters warn that this system has the potential of reaching the mainland.

The feature will see the greatest chance of development by the end of this week as it continues to churn in the open waters of the Atlantic. Low wind shear and warm waters will fuel this system, giving it a high chance to become a named storm.

The next two names on tap for the 2021 Atlantic hurricane season are Odette and Peter.