Hurricane Larry to Skirt Past Bermuda on Way to Newfoundland

It took less than five hours for Tropical Storm Mindy to make landfall along the Florida Panhandle after it formed in the Gulf of Mexico.

Mindy was officially born at 5 pm EDT on Wednesday off the coast of the Florida Panhandle. The center of the storm made landfall over St. Vincent Island by 9:15 pm, in the same area that Tropical Storm Fred hit a few weeks ago.

Mindy was packing maximum sustained winds of 45 mph when it moved over land. As a result of the rapid formation, tropical storm warnings were put into effect along the coast of Florida stretching from Mexico Beach to the Steinhatchee River.

What is Next for Mindy

While Mindy is expected to break up just as quickly as it formed, the moisture associated with the storm will stick around over the southeastern corner of the US through Friday. This significant plume of moisture is forecast to bring heavy rain in the ballpark of three to six inches for the hardest-hit areas.

The downpours will raise the risk of flash flooding. The metropolitan areas most at risk for this flooding include Jacksonville, Florida; Savannah, Georgia; and Charleston, South Carolina.

The good news is that the heaviest of the rain will be positioned well east of the area ravaged by Hurricane Ida last week. As of late Wednesday, over 300,000 customers were still without power in Louisiana as the community continues to clean up after this massive hurricane strike. 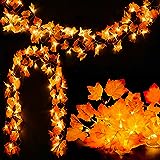 Mindy developed quickly in large part due to the extremely warm temperatures that fueled its growth over the Gulf of Mexico on Wednesday. While a strong amount of wind shear limited its development early in the week, the system moving over the deepest part of the Gulf helped to strengthen it.

During the time of Mindy’s intensification, water temperatures in this part of the Gulf were in the middle to upper 80s. Any reading of 78 degrees or higher is conducive to tropical development.

Although Mindy is forecast to weaken as it moves across land on Thursday, there is a chance that it could strengthen once more after it moves into the Atlantic Ocean. Dry air is forecast to sweep in across the southeastern states from Friday into this weekend.

The presence of steering breezes over the Southeast will likely move what is left of Mindy into the western Atlantic by the weekend. In addition, a mass of dry air is expected to drop into the Southeast by Friday.

Hurricane Larry is still the strongest tropical feature in the Atlantic at this time. As of late Wednesday, Larry was a Category 2 storm with maximum sustained winds of 110 mph. A tropical storm warning is in effect for Bermuda as the hurricane inches closer. While it is not forecast to make a direct hit on Bermuda, the large scope of the storm will likely generate heavy winds and tropical-storm-force winds for the islands.

The track of Larry will keep it well away from the US. However, the storm is forecast to skirt across Newfoundland in Atlantic Canada. Larry is expected to sweep over Cape Race, Newfoundland, sometime on Friday night or into early Saturday morning. While conditions can change between now and then, current models show Larry hitting Newfoundland as a Category 1 hurricane.

Will Larry Impact the US?

Larry is not forecast to come within 800 miles of the US. However, the massive storm has enough reach to generate large swells paired with dangerous rip currents up and down the East Coast. Officials are warning residents to use caution when at the beach in the coming days. This is particularly important with many public beaches not providing lifeguards with the conclusion of the Labor Day weekend. The storm also has the reach to impact US shipping interests and cruise ships in the region.

The peak of the Atlantic hurricane season is September 10. The 2021 season has generated 12 named storms with five of these going on to become hurricanes. Of those five hurricanes, three became major hurricanes of Category 3 or higher. An average hurricane season delivers 14 named systems, putting 2021 well above the pace of normal.