US Ski Forecast is Here: What You Can Expect When You Head to the Mountains

Now that the Thanksgiving holiday is behind us, many Americans are looking forward to kicking off the winter ski season. It has been a mixed bag of weather throughout North America over the last several weeks, delivering a higher amount of snow than usual for this time of the year for some areas while other areas continue to struggle with ongoing drought conditions. What will the ski season look like in your neck of the woods? Here is the US ski season forecast to give you an idea of what to expect before you hit the slopes.

La Niña Weather Pattern to be the Driving Force This Year

The most influential factor driving this year’s ski season forecast will be the current La Niña weather pattern. During a La Niña year, water temperatures along the equator in the Pacific Ocean read lower than usual for a longer period of time. These readings influence the overriding storm tracks throughout North America. This is particularly influential in the northern half of the US because of the presence of a stronger polar jet stream.

In general, ski resorts located in the northern Rockies, Pacific Northwest, and the Upper Midwest will benefit the most from the La Niña steering patterns. This will translate to more frequent bouts of precipitation paired with colder air. However, areas located farther to the south will see the opposite, potentially complicating the ski season in this region.

An additional weather element that may come into play is the polar vortex. This happens when a large swath of cold air mixes with an area of lower pressure and stays stationary over the polar regions. As the polar vortex weakens, this bitterly cold air can break out and drop into the US. When this weakening happens, there is a greater chance of significant snowy patterns during the middle of the high ski season.

Ski Forecast for the Northeast

The Northeast looks like it is ready to welcome a great ski season thanks to the La Niña pattern delivering a greater than normal amount of snow. This includes resorts in northern Pennsylvania, western New York state, Vermont, and New Hampshire. The only troubling news is that the early part of the season may see more rain than snow.

This corner of the US has already seen one powerful nor’easter this season, dropping a significant amount of rain to the area. The next time that a nor’easter hits, it will likely deliver snowfall. The greatest chance for a nor’easter to dump heavy snow on the ski resorts will come after the new year.

Forecasters are warning avid skiers that the conditions are high for a mid-season thaw during February. This could bring an early end to this year’s ski season. The long-range forecast is also hinting at some stretches of rain and a warm-up during the middle of December. This could potentially melt any snow that falls on the resorts between now and then.

Ski Forecast for the Midwest 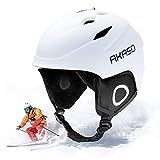 Conditions for the ski season will also be mostly favorable in the Midwest. A wave of below-average temperatures will help snow machines busy working to produce the white stuff. In addition, a high amount of predicted storms will set up the area to receive enough snowfall to get going for the season.

One area of concern is that the prevalence of the polar vortex descending southward could actually make it too cold to operate the ski lifts. This Arctic air mass often has the reverse effect when it comes to the ability of the ski resorts to operate at full capacity. The most likely months to see this frigid air will be in January and February.

Ski Forecast for the West

It will be a mixed bag of weather for the western half of the nation. The historic bomb cyclones that hit the Pacific Coast last October brought more than just rain to the coastal areas. The mountainous terrains also saw a significant amount of snow as a result, particularly throughout the Sierra Nevada.

The best ski conditions out west will likely be in the Pacific Northwest. The La Niña phase generally delivers a stormy outlook to this corner of the US, potentially extending the ski season well into early spring. This pattern usually brings more frequent storm events to the northern tier of the nation, translating to a better ski season for the Pacific Northwest and the northern Rockies.

Conversely, the conditions may not be as ideal the farther south that you get. A pervarding area of high pressure positioned over the Southwest has contributed to continuous dry conditions, typical of the La Niña influences. While there is still a chance that the storm track will move to the south on occasion, the resorts in Central California, southern Colorado, and northern New Mexico may see a weak ski season due to lack of snowy precipitation.

After the 2019-2020 ski season was cut short due to the onset of the COVID-19 pandemic, last year’s slopes were more crowded than usual. As many Americans discovered, snow skiing and snowboarding are relatively safe winter activities that afford room to spread out and mitigate the spread of the virus. According to the National Ski Areas Association (NSAA), the 2020-2021 season recorded over 59 million skier visits across the US, good enough for the fifth-best season in recorded history. Only time will tell if Americans continue to flock to the mountains for this safe outdoor activity.