Soggy Conditions to Move Back in by End of Week

There is no doubt that it was not the kickoff to summer that most people wanted in the East and the mid-Atlantic. A late May cold snap left residents grabbing for sweaters and jackets rather than swimsuits and sunscreen. But what is next for this region for the week to come? Will summer return and will it last?

Records Shattered: It was so chilly throughout the region over the Memorial Day holiday that many low maximum temperature records were broken. Some of these records dated as far back in history as the 1800s. For example, in New York City on Saturday, the high of 51 degrees matched that same record set back in 1884. Sunday’s high of 51 degrees Sunday broke the old record of 55.

Philadelphia also broke two daily record low maximum temperatures over the holiday weekend. The highs of 54 and 53 on Saturday and Sunday broke the records of 56 in 1884 and 59 in 1918.

High Pressure Finally Moving In: After drying out and slightly warming up on Memorial Day, the area is set to see a string of better days in the week ahead. High pressure is now building over the region, delivering an increase in the mercury and dry conditions for at least Tuesday and Wednesday.

The high pressure will set up over the central Atlantic, bringing more seasonable weather to the Appalachians and up and down the Atlantic coastline. Southerly wind flow will bring in warmer air to replace the bitter northeasterly winds of the past several days. In addition, the jet stream will retreat to the north, pulling up the warmer air from the South. 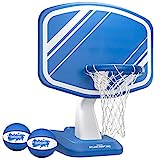 As a result, temperatures will increase as much as 30 degrees from where they sat over the three-day weekend. Through Tuesday and Wednesday, most areas along the East Coast will see highs in the 70s with some cities along the I-95 corridor soaring into the 80s.

Soggy Conditions to Make a Return by Mid-Week: Enjoy the warm and dry weather while it lasts. As the jet stream dips southward again and storms from the Midwest move eastward, the East Coast and the mid-Atlantic will see a return of the wet and soggy conditions that plagued the holiday weekend.

The warm moisture from the Gulf of Mexico will move northeast, bringing higher levels of humidity along with it. While the rain and chance of severe weather will probably take until Thursday to develop for most of the I-95 corridor, the change in weather is expected to be noticeable by late Wednesday. This wet and dreary weather is typical for early June in this part of the country.

The good news is that this weather pattern will not lead to continual rain. Instead, residents will see sporadic heavy downpours and the chance of isolated severe weather. Frequent breaks in the wet weather should give people the opportunity to get outside for exercise or other activities throughout the week.

Looking Ahead: After a disappointing Memorial Day weekend when it came to weather, the first weekend of June is expected to bring more summerlike conditions. While it is still too early to predict exactly when the moisture will lift out of the region, most forecasts show the chance for rain to deteriorate by Saturday.

This drying trend should give way to sunnier skies and warmer temperatures. Most areas along the East Coast will see temperatures that may be up to 10 degrees above normal for early June by the end of the weekend. Temperatures in the 80s should be the norm for this region, giving people the chance for a re-do of the soggy and cool Memorial Day weekend