Volunteers and Workers Rush to Clean Up 3,000 Barrels of Oil Off California Coast

It is not going to be an easy cleanup job out in California after an oil spill left approximately 3,000 barrels of oil in the Pacific Ocean just off the coast of Huntington Beach. Unfortunately, what is already a massive headache and environmental disaster is going to be made worse by the incoming weather pattern.

The oil spill came after a 17-mile pipeline leaked and sent about 126,000 gallons of crude oil pouring into the water. The pipeline is owned by Amplify Energy, based out of Houston. While the leak is now under control, according to Amplify Energy CEO Martyn Willshear, the damage has already been done.

The spill is so bad that President Joe Biden declared the area a major disaster, releasing federal funds and assistance to help with the cleanup efforts. The oil spill is being blamed for the dead birds and other animals washing up to the shores on beaches throughout Southern California. In addition, oil is now spilling into the 25-acre Talbert Marsh wetland area in Huntington Beach.

The cause of the leak is still unknown.

According to the US Coast Guard, a little over 3,000 gallons of the oil has been recovered as of late Sunday. The cleanup effort is getting a boost from volunteers looking to give back to the environment.

Workers and volunteers are removing the oil-contaminated sand from the beaches. Boats are also using skimmers to try to remove as much oil as possible from the water. Booms are being put into place in an effort to block more oil from pushing into the at-risk wetlands.

Beaches Closed as a Result of the Spill 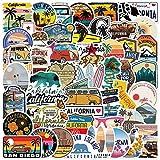 Many beaches have been closed as a result of the spill. Residents are being warned to avoid swimming in the water or exercising on the beach. It is also unsafe to fish in the affected waters.

The largest stretch of closed coastline is in Huntington Beach, closest to the epicenter of the damage. The city of Laguna Beach announced on Sunday evening that its beaches were also closed. Additionally, officials in Newport Beach asked people to avoid going near the water and shoreline affected by the spill.

The true damage inflicted by the spill will not be known for weeks.

The news is not good for volunteers and crews working overtime to clean up the mess before more marine life is impacted. An upper-level storm is forecast to move onshore by early Tuesday. This storm system is set to bring rain showers to the entire Los Angeles basin.

The rain will continue to push to the east on Tuesday. This system will bring higher ocean swells, complicating the cleanup efforts. The swells may also shift the oil and cause it to grow in size.

The rainmaker is predicted to move out of the area by the end of the day Wednesday. While Thursday will bring better weather conditions, another stormy pattern is on tap for the end of the week and into the weekend.