Regardless of whether Punxsutawney Phil sees his shadow on Wednesday, a great deal of the nation is going to be under the gun for more winter weather on Groundhog Day. A far-reaching winter storm is expected to fire up by Tuesday evening in the central U.S. before moving to the east through Wednesday and beyond.

Over 90 million Americans were put under a variety of winter storm watches on Monday evening as a storm sets up to move through a stretch of 2,000 miles. A new mass of Arctic air coming down from Canada into the northern Plains states will merge with moist and warm air coming up from the Gulf of Mexico, fueling the development of a significant winter storm.

A large area of ice and snow is predicted to start walloping the region late Tuesday. States in the eye of the storm include Colorado, New Mexico, Kansas, Missouri, Oklahoma, Illinois, Indiana, and Michigan. By late Wednesday, the storm will have expanded into Texas, Arkansas, and through the southern part of the Ohio Valley.

Ice to be an Issue

Ice may stretch as far south as Little Rock and Austin depending on the exact track of the storm. A wide swath of land is expected to see 0.25 to 0.50 of an inch of ice. Some of the hardest-hit areas may see up to an inch of ice, killing power as trees fall.

The icing event could last up to 24 hours, creating treacherous travel conditions. Freezing rain will also be a concern for some of the nation’s largest cities, including Nashville, St. Louis, Dallas, Oklahoma City, Pittsburgh, and Albany. This area should be ready for widespread power outages.

Snow for Other Areas

Those areas to the north and west of the ice situation will be in line for accumulating snowfall. The heaviest bands are likely to set up over the central and southern portions of the Rocky Mountains with up to 36 inches predicted in some areas.
Snow could come down at a rate of 1 inches per hour in some parts of eastern Kansas, stretching through the central portions of Illinois, northern Indiana, and into southeast Michigan.

These areas may see over 6 inches of snow by the time the system pushes east. This includes the cities of Kansas City and Chicago. 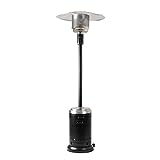 Because it has been fairly warm throughout much of the central U.S. over the last few days, the initial snow will likely melt on contact with surfaces. However, the rapidly plummeting temperatures will put an end to this with snow beginning to accumulate as the mercury drops.

Temperatures are expected to drop 20 to 30 degrees over a period of just 24 hours. This blast of cold air may be enough to create wintry precipitation as far south as the Big Bend portion of Texas starting late Wednesday and continuing into Thursday.

Texans have not forgotten the Arctic air mass that crippled the state in February 2021. Snow and ice hung around for days, triggering massive power outages and overloading the state’s energy grid.

Forecasters express optimism that the temperatures will not reach those historic lows of a year ago. In addition, the cold pattern is not expected to persist for more than a few days.

In addition to the disruptions to travel, the winter storm will also likely complicate the ongoing supply chain issues. The poor road conditions may slow down shipping and other key services needed to keep the economy humming. Experts say that the disruptions in the supply chain due to the weather could last for weeks.

Major cities that are likely to be impacted by these supply chain challenges include Denver and Detroit. Major interstates, including parts of I-90, I-80, I-20, and I-40 may be closed for a time if the storm unfolds as predicted.

This system is predicted to continue its push to the east by the end of the week. The same area that is still digging out from the weekend’s nor’easter may be in the line of fire for more wintry precipitation. At this time, it is still too early to tell where the storm will cause the most damage.

The weather maker will also bring a mixed bag of precipitation to the Eastern Seaboard. While some areas will see significant snow accumulation, other parts of the East Coast may get away with just steady rain or isolated snow flurries.

Those areas to the south and east of the leading edge of the wintry mix will likely see heavy rainfall and the potential of severe thunderstorms and flash flooding. This includes eastern Texas through the Tennessee Valley and into the Southeast.