The monsoon season is undoubtedly raging in the Southwest this summer. While the area is benefitting from the rain in its most drought-stricken areas, the weather pattern is also delivering its own headaches in the form of flash flooding. Although this monsoonal weather pattern is normal for this time of year, the 2021 monsoon season has distinguished itself in a number of ways.

The North American monsoon season runs from June 15 through September 30. The bulk of the monsoonal weather happens in the southwestern US. During this time, it is not uncommon for afternoon thunderstorms to fire up across a widespread region, delivering heavy rains and a high risk of flash flooding.

This weather pattern also contributes to severe thunderstorms and the threat of lightning strikes capable of igniting wildfires, especially across the dry terrain. The typically weak wind speeds keep the storms from moving through quickly, exacerbating the heavy rainfall amounts.

The 2021 monsoon season has been more active than usual, particularly when compared to the quiet 2020 season. This year’s monsoon pattern has brought more storms since 2015. Some regions have picked up more rain in July 2021 alone than the past three Julys in total.

The city of Tucson has borne the brunt of the rain in Arizona with more than six inches of rain falling in July. This rain has washed away roads and brought extensive damage. According to the measurements at Tucson International Airport, this has been the wettest monsoon season in recorded history. The city averages less than three inches of rain in July.

Other areas in the Southwest that have seen rainfall well more than average include Phoenix and Las Vegas.

What is most jarring to some residents of the Southwest is how much more severe the current monsoonal season seems when compared to the nearly nonexistent season of 2020. During the summer of 2020, a high-pressure system located over the area kept rainfall amounts down. This is because the high was positioned too far to the west, keeping the moisture-rich air from the Gulf of Mexico from moving into the Southwest. 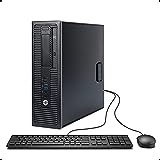 However, the year 2021 brought a shift to this high-pressure area, releasing more moisture and creating consistent rainfall over the Southwest. As the circulation from the area pulls moisture from the Gulf of Mexico, the weather patterns are able to pull this moist air to deliver the downpours that distinguish this season.

Conventional wisdom would indicate that this weather pattern is good news for the ongoing drought in the Southwest. The relief has been most significant in parts of Arizona and New Mexico. Almost 99% of the state of Arizona was under the gun of at least moderate drought conditions last week. However, the rainfall of last week has begun to chip away at the areas that have been under the designation of extreme and exceptional drought.

For example, according to the US Drought Monitor, 84% of Arizona had been dealing with at least extreme drought levels in last week’s measurements. That number dropped to 52% this week after several days of heavy rainfall at the hands of the monsoonal moisture. Of the 36% of the state that was at the level of exceptional drought last week, only 9% of Arizona is at that level this week.

Casualties of the Season

The monsoonal moisture did more than just create travel disruptions. Officials say that at least five people lost their lives due to flooding in the region with more individuals still reported as missing.

A four-year-old girl died in Pima, Arizona on July 22 after floodwaters washed away her flooded vehicle. She was missing for four days before her body was found. A few days later, also in Arizona, a 16-year-old girl lost her life trying to cross a flooded road in her vehicle.

The extreme drought conditions are part of the reason for the widespread flash flooding Because the soil is so dry and parched, it is having a more difficult time absorbing the moisture.