A Whole Mess of Snow and Ice in Store for Much of the U.S. Beginning Friday

A Saskatchewan screamer is ready to unleash heavy snow on the northern Plains and Midwest beginning early Friday. The system will then deliver icy conditions throughout the Southeast to start the weekend before moving up the East Coast into the Northeast. While the exact path of this monster weather maker is still uncertain, it is clear the bulk of the eastern half of the nation is going to be in for a wild ride in the coming days.

Snow to Kick Off the Weekend for Northern Plains and Midwest

Before the storm moves into the Southeast and Northeast, it will bring snow, ice, and rain to the northern Plains before dipping down into the Midwest. Up to a foot of snow may fall across the heaviest hit states. A number of winter storm watches and warnings are now in effect for the region stretching from the eastern edge of North Dakota and into northern Missouri. This puts cities such as Fargo and Des Moines in the path of the heaviest snow.

The term Saskatchewan screamer comes from its origins in the Canadian province of the same name. Because there is a mass of cold air already firmly in place across the northern tier of the U.S., the precipitation associated with this screamer will mostly fall as snow. The bitter cold temperatures means that the system will not need a significant amount of moisture with it in order to produce quickly accumulating snow.

Some areas will see snow come down at a clip of 1 – 3 inches per hour. This will lead to road conditions that deteriorate in no time at all, potentially stranding motorists that are caught off guard.

The first areas impacted by this system began seeing flakes fly late Thursday. Fargo is forecast to see 6 – 10 inches of snow by the time the system exits the area later Friday. By the middle of the day Friday, the snow is expected to make its way to Des Moines and Minneapolis. The Twin Cities are expected to see snow in the range of 3 – 6 inches. Iowa will be hit particularly hard with the snow, with some areas seeing up to one foot of snow.

Residents of St. Louis may finally see the snow that has been missing so far this winter. After hitting nearly 60 degrees during the middle of the week, St. Louis will start to experience more seasonable winter weather on Friday when cold and snow infiltrate the city. Arch City is expected to see about 3 – 6 inches of snow out of this system, making it the first significant snow event of the season. 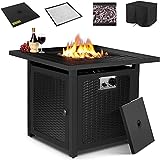 Travelers should be prepared for lengthy delays on both the roads and in the air through at least Saturday in the Midwest.

Strong winds will also be a concern with this Saskatchewan screamer. The southwestern end of the storm will deliver the strongest winds, located over the central and southern Plains states. Depending on the precipitation that precedes this wind, these winds could trigger blowing snow or even the potential of wildfires in parts that are not covered with snow. The most damaging gusts are expected over western and central portions of Kansas through Oklahoma and into Texas. Gusts of speeds up to 60 mph are possible.

As the weekend continues, it will be the ice that is the story on Saturday throughout the Southeast. A winter storm watch is already in effect for parts of South Carolina, North Carolina, and the northeastern corner of Georgia. The region is expected to see a mix of snow and ice beginning late Saturday.

Many populous cities along the Interstate 85 corridor are in the line of the storm that is forecast to deliver dangerous icy conditions. In addition to covering the roads, the ice could lead to widespread power outages that take days to recover from.

The biggest risk from this storm in the Atlanta area will be the freezing rain. In Charlotte, forecasters are warning that 1 to 3 inches of snow and sleet may fall after the freezing rain. This would make roads nearly impassable on Saturday night and into Sunday.

Power Outages the Greatest Risk in the Southeast

Some of the hardest hit areas of parts of the Carolinas and Virginia may see more than half of an inch ice. Extended power outages are possible in this region as tree limbs snap and power lines are weighed down by ice accumulation. People who live in this zone should prepare sooner rather than later for potential power outages that last at least into the start of next week.

If this amount of ice accumulates as predicted, there could be a large swath of power outages. In addition, major damage to the region’s infrastructure could keep residents in the dark for up to a week or more. The best case scenario is that more snow or sleet falls as opposed to freezing rain.

This ice event will set the stage for a monster winter storm that is setting up to take aim at a large portion of the East Coast on Sunday and into Monday. While the exact trajectory and precipitation expectations are still in flux, it is almost a certainty that millions of people will be in for a messy start to the week.