It has been a busy start to the year on the weather front for much of the nation. Storm after storm has swept through the central and eastern states with an ice storm now in the cards for the Midwest and Northeast this weekend.

Ice Event Firing Up in Midwest

The ice event is being set up by a mass of Arctic air that moved into the area on Saturday morning. Residents in Midwest cities such as Kansas City and St. Louis woke up to temperatures in the lower 20s. It was even colder in the Northeast with temperatures in the teens and single digits in New York City and Boston. The presence of these bitterly cold temperatures will provide the necessary atmospheric conditions for the ice to settle in.

Moisture from the Gulf of Mexico is forecast to migrate upwards. While it will begin to fall as rain, the cold mass of air near positioned near the ground will transition the droplets to ice.

Timing and Location of Ice

The freezing drizzle began in earnest early Saturday in northern Arkansas and the southern tier of Missouri. Forecasters warn that there is more on the way as the system moves to the east through the weekend.

Freezing rain will begin to expand to the northeast, covering more of Missouri, Illinois, Iowa, Wisconsin, Indiana, and Michigan by the early Sunday hours. While many states are in the path of this potential ice, the coverage will be spotty throughout the region. It is a good idea to check road conditions before heading out this weekend in any of these affected areas. In addition, untreated sidewalks are also likely to be slippery in spots.

The major interstates in the potential impacted areas include 55, 65, 70, and 80. Keep in mind that the icy areas will be even harder to spot once the sun goes down. Motorists should assume that roads that appear wet may be icy. This is especially true on bridges, overpasses, and secondary roads.

The freezing rain will continue to spread to the northeast into Sunday. The icy conditions will be a strong possibility in areas of central Pennsylvania, Maryland, and Upstate New York by Sunday morning. 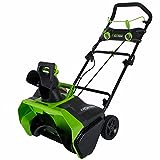 The most significant patches of ice will be just to the east of the Appalachian Mountains in Pennsylvania. This is predicted because the cold air will become trapped in the valleys alongside the higher terrains. This region is also under the gun for steadier rainfall, delivering the moisture needed to create the ice event.

Ice in this area could measure 0.25 on an inch by the time the system exits. Isolated power outages may be a concern if the ice brings down trees and power lines.

The busy Interstate 95 corridor will begin to see the potential of ice by the end of Sunday. The widespread ice is forecast to affect a large stretch of road extending from Washington, D.C. up into Maine.

It could be a slippery start to the work week on Monday morning for the coastal areas of New England as temperatures dip well below freezing on Sunday night.

A new mass of Arctic air is expected to track behind this winter system. The cold air will first dip down into the northern Plains before moving into the Midwest and the Northeast. The high temperatures in the Twin Cities will only be in the single digits on Sunday and Monday. The mercury will struggle to get out of the teens in Chicago on Monday. By Tuesday, the bone-chilling temperatures will have moved into the Northeast, signaling that the January freeze is here.