As the eastern half of the country prepares for more cold weather and snow, California is still battling dangerous Santa Ana winds that will increase the potential of wildfires in the weary state. Here is the latest on the mixed bag of weather brewing throughout the country.

Clipper System to Deliver Snow to the Northeast: Just when the northeast is finally recovering from last weekend’s nor’easter and subsequent bomb cyclone, more winter precipitation and cold weather are on tap for early in the week. A classic clipper storm will drop down from central Canada, bringing a bit of accumulating snowfall to parts of New England, New York state, Pennsylvania, and New Jersey.

Although most clipper storms generally bring snow that does not stick around for long because of the speed of the system, moisture coming off of the Atlantic Ocean and Great Lakes will lead to more snowfall this time. In addition, warmer than average air pushing in from the Midwest will boost the chances of precipitation, possibly leading to a longer snow event across the affected region.

Who Will See the Snow and Traffic Considerations: Residents of New York City, Boston, and Providence do not need to worry about heavy snowfall as they will likely just see a dusting. However, more significant snow is predicted to fly in northern parts of Pennsylvania and in areas to the west of the I-95 corridor stretching through New England.

While the snow is not likely to wreak a large amount of havoc, forecasters warn that the timing of an overnight Tuesday precipitation event could cause issues for the Wednesday morning commute. Snow that falls overnight with colder temperatures is more likely to stick to roads and sidewalks. Even a small coating may deliver slippery roads as workers head out on Wednesday morning. Areas of New York state, northern New Jersey, and the northeastern corner of Pennsylvania need to be ready for slick roads to start the day.

When Will Snow Reach New England: The precipitation is not likely to begin falling in New England until later in the day on Wednesday. However, this timing may complicate the Wednesday evening commute. Cities in the bullseye for a potentially slippery evening commute include Boston, Portland, Maine, and Providence.

The heaviest snow amounts of three to nine inches will likely fall in northern New York in the Adirondacks and throughout the Green Mountains in Vermont. Areas of central New England, northern New Jersey and Pennsylvania, and the Hudson Valley will only see one to three inches of snow as a result of the clipper’s arrival. The event should wrap up by late Wednesday and into Thursday.

Chicago Expected to See Significant Snowfall This Week: A late-week snowstorm is setting up to bring significant amounts of precipitation to a large swath of the Midwest, including the entire Chicago area. The mountainous terrain of New Mexico and Colorado will see the first flakes fly late Thursday night and into Friday morning.

As the mercury plummets, the wintry mix will then drop into the lower elevations, bringing snow to areas including Denver, Colorado Springs, and Albuquerque. These cities should expect a few inches of snow beginning during the day on Friday and continuing into the evening hours. The system will then track east, bringing snow to northern Kansas and Missouri, southern Nebraska, and into southern Iowa.

Saturday’s Weather Developments to Affect Chicago and Milwaukee: Throughout the day on Saturday, the snow will push into northern Illinois and southeastern Wisconsin, most likely bringing significant accumulation to Chicago and Milwaukee. Depending on the track of the system, downtown Chicago could see anywhere from an inch or two of snow up to six inches. The Windy City has seen a relatively mild fall and winter but this may all change with the arrival of this storm. Since fall began, Chicago has only seen about 25% of the snowfall amounts that it generally sees by this time in December.

While forecasters are growing more certain that there will be a measurable amount of snow from this system, the exact track is still more uncertain at this point. Even the slightest shift may cause Chicago or Milwaukee to miss the precipitation with other cities picking up snow instead. Minneapolis is probably too far north to see the effects of heavy snow. However, residents in Peoria, Illinois, Kansas City, Missouri, Lansing, Michigan, and Des Moines, Iowa should all keep tabs on the system’s track as it moves to the east.

Parts of California Still Under Red Flag Warning: Despite the calendar flipping over to December, California has not seen the last of fire season. A round of gusty Santa Ana winds whipped up throughout Southern California on Monday, igniting a fire in Ventura Country and forcing a red flag warning to be issued. Thousands of residents were without power after utility companies turned it off in order to prevent new fires from developing as a result of wind damage to the power lines.

The National Weather Service (NWS) was forced to issue a rare December red flag warning in various locations throughout the Golden State, including the Bay Area and portions of southwestern California. These warnings are expected to remain in place through Tuesday evening. Low levels of humidity along with winds in excess of 50 mph make the area vulnerable to rapid fire ignition and spread. 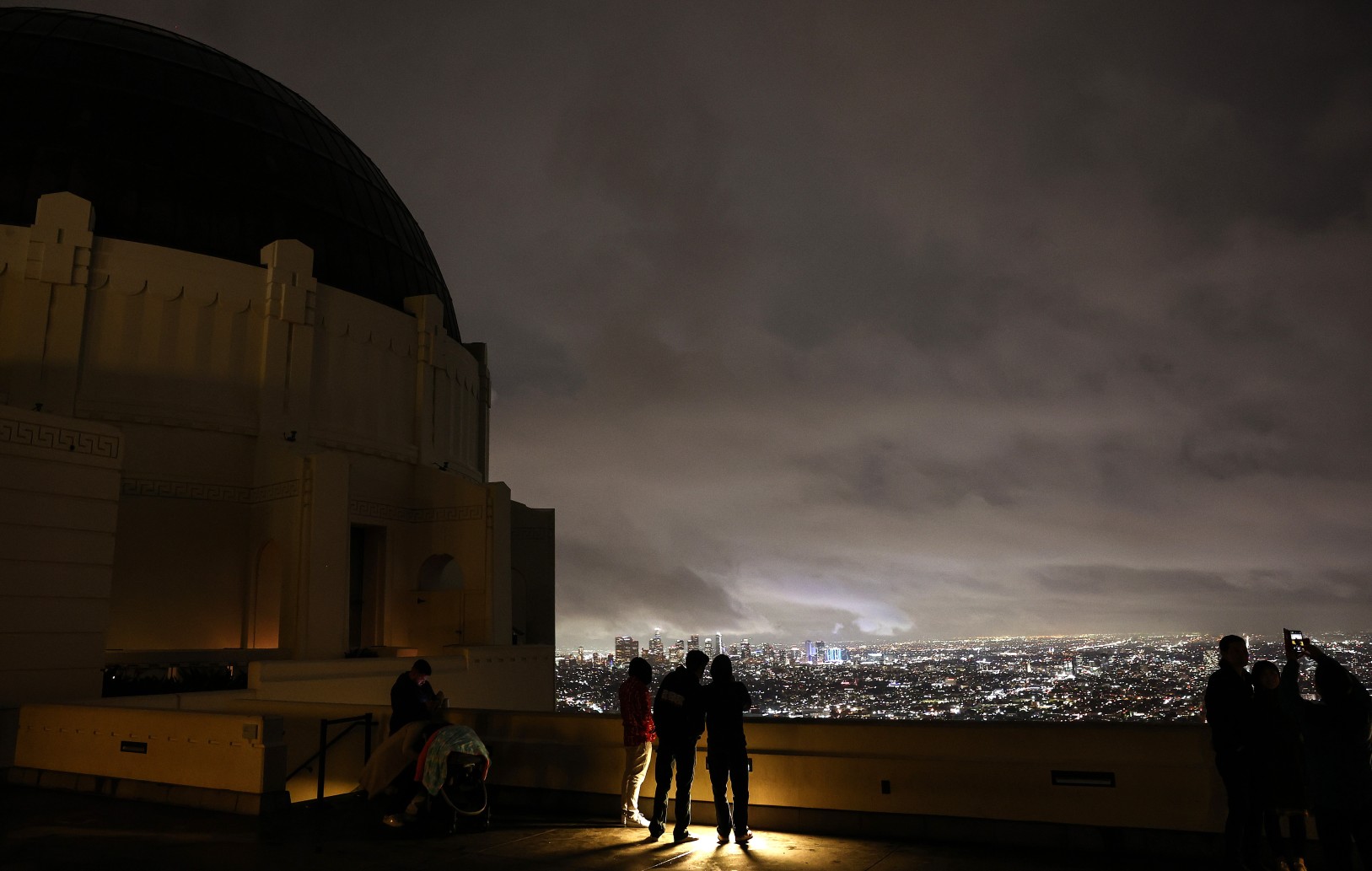