Cold Air to Exit Northeast with Springlike Conditions Moving In

Warm Air Will Come With Risk of Severe Storms

March is certainly not going out like a lamb in the Northeast. Severe thunderstorms are in the forecast for the last days of the month for parts of the region, just another example of the erratic weather that has plagued this corner of the country over the last few weeks.

Winter in the Rearview Mirror for the Northeast

It was a chilly weekend in the Northeast as bitterly cold winds whipped over the area, making it feel as if it were the dead of winter. Temperatures dropped to up to 20 degrees below average last Saturday and Sunday before finally reaching the bottom of the plunge on Monday. Some of the higher terrains and the northern tier of this corner of the U.S. experienced snow flurries in what many are hopeful is the last blast of winter.

However, the new week is bringing warmer temperatures more seasonable for this time of the year. Temperature readings are forecast to inch back above average by the middle of the week as the jet stream retreats back to the north, taking the cold air back with it.

When to Expect the Warmup

Before this cold weather exits the region, the Upper Midwest may see the chance of wintry precipitation. A short shot of ice may fall into portions of central Pennsylvania, northeastern Ohio, and southwestern New York beginning late Tuesday and lasting through the day Wednesday. The icy conditions may expand south into the higher terrains of West Virginia and western Maryland. Motorists should take extra caution when driving on bridges and overpasses. 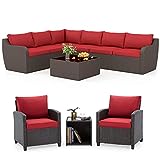 More moisture will move in from the Atlantic Ocean and the Gulf of Mexico late Wednesday and into Thursday. This will create a high chance of rain showers throughout the region by the middle of the week. The good news is that southerly winds will bring in the warm air from the Gulf on Thursday, sending the mercury into the middle 70s in cities such as Philadelphia and Washington, D.C.

A new cold front will slide into the region late Thursday, bringing heavy rain and the chance of severe thunderstorms for the last day of the month. The most likely areas to see these storms include a majority of the Atlantic seaboard in the mid-Atlantic. This includes cities as far north as Philadelphia down through Jacksonville, Florida. The Interstate 95 corridor will be under the gun for severe weather on Thursday evening, bringing the risks of heavy rains, flash flooding, hail, and strong winds.

Will the Cold Air Return?

Enjoy this spring weather while it lasts. Forecasters are predicting another southward dip in the jet stream for the first week of April. This dip will bring back chillier air, however, it will not likely approach the bitter cold of last week. Rather than being 20 degrees below normal for the beginning of April, the temperatures are forecast to only be about 5- 10 degrees below normal.

Although the chill of last weekend may be fresh in everyone’s minds, the month of March was generally milder than normal for most of the Northeast. The major cities of Boston, New York City, Philadelphia, and Washington, D.C. will finish the month with average temperatures above normal for the month.