Cold Front Responsible for Weather Roller Coaster in the Central US

Many residents of the central US woke up to much cooler temperatures on Friday as a cold front has settled over the region.

Major Cooldown for the Days Ahead

After weeks of unseasonably warm temperatures, it would appear as if fall is finally in full swing in the US. Overnight temperatures will drop into the 40s to close out the week as the slow-moving cold front brings cooler weather and the chance of widespread precipitation.

In addition to the chance of persistent rain, there is also the threat of severe weather for a large part of the nation’s midsection on Friday. The risk of severe weather will grow as the front pushes to the east in the coming days.

These temperatures will be a drastic departure from the conditions earlier in the week. For example, the Dallas metroplex saw temperatures in the upper 80s on Wednesday while Shreveport, Louisiana, saw the mercury soar into the low 90s during the middle of the week.

Cold to Mix with Effects of Tropical Rainstorm Pamela

Farther to the south, the effects of Tropical Rainstorm Pamela will mix with the cold front to deliver a mess of a weather pattern. The cloudy conditions associated with the remnants of the hurricane that hit Mexico earlier in the week will bring down the mercury even further in places like central Texas, northwestern Arkansas, and eastern Oklahoma. This pattern will expand into southern Missouri and southern portions of Illinois into early Friday.

As the weather pattern shifts, nighttime lows are forecast to drop significantly. While the average nighttime low in Dallas this time of the year is in the upper 50s, the mercury will likely plummet into the 40s on both Friday and Saturday nights. Temperatures will struggle to get out of the 70s for daytime highs over the weekend. Although the temperatures will not approach freezing, the cold may damage vulnerable plants.

The colder temperatures will stretch into Oklahoma and up into the Great Lakes region as the weekend progresses. For example, the normal high in mid-October for Oklahoma City is in the middle 70s. However, the forecast high for Saturday is only in the lower 60s. The overnight lows will dive into the lower 40s for Friday and Saturday night. 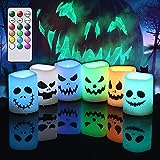 As the front moves into the Great Lakes region, temperatures in the Ohio and Tennessee valleys will also drop. Cities expected to see a noticeable change in the weather include Memphis, Nashville, and Little Rock. It will feel like football weather on Saturday as families head out to root on their favorite team on the gridiron.

Rain to Pair with the Cooling Temperatures

Partnering with the cooler temperatures will be a wide swath of persistent rain and the threat of thunderstorms. Do not be surprised if these heavy rains deliver localized urban flooding. The threat of severe weather on Friday will extend into the Ohio Valley, bringing the chance of damaging wind gusts, heavy downpours, and even the potential of an isolated tornado.

The temperature readings will begin to moderate by the end of the weekend with more seasonable weather on the way to start the week. Some areas of the central US may even see another round of temperatures that are slightly above average as the work week gets started.